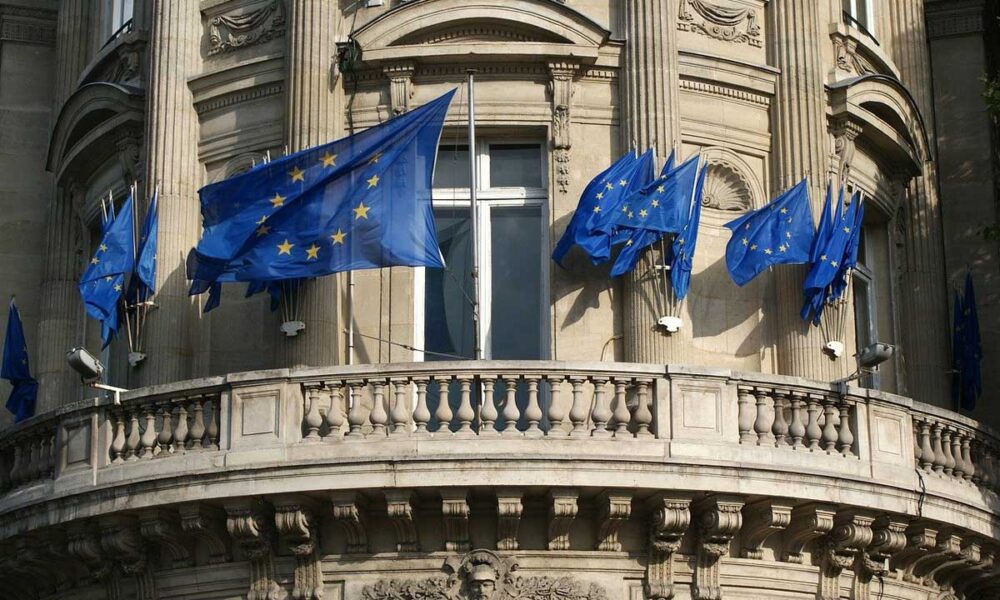 The West is abandoning Ukraine

After initially keeping a low profile during the acute military-political confrontation between Russia and the West over Ukraine, the European Union suddenly surprised the world in the second half of June with more important decisions than the approval of yet another sanctions package against Moscow. First, the problem of land transit between mainland Russia and Kaliningrad has worsened considerably in the context of the EU’s economic war against Russia. Second, at a summit on June 23, EU country leaders agreed to grant EU candidate status to Ukraine and Moldova. While neither is likely to have significant or genuinely dangerous consequences at this time, these actions provide an excellent opportunity to reflect the nature of the EU, its role in development and the prospects for Europe.

This is particularly interesting because European integration has become one of the most mythologized topics in international affairs. This is not surprising – the relatively stable and long-term cooperation of such a large group of states is very unusual for international politics. But it inevitably gives rise to a certain number of hypotheses on the emergence of this phenomenon and its particularities.

In a sense, this association is indeed a marvel against the background of all our historical experience, marked by fierce competition and rivalry between States.

This is why attempts to explain how this was possible inevitably spawned new myths and illusions intended to separate the phenomenon from the discussion about it.

The first and most tenacious myth rests on the assumption that the EU is a peaceful project which, by its very nature, cannot be used for aggressive action beyond its borders. It is in fact a simple extrapolation of the rules and norms of interstate relations to their relations with the outside world. Indeed, European integration appeared at a time when a military solution to the disputes between its members did not seem possible.

But the sequence is important: the founding countries were already unable to fight each other before creating an association with additional opportunities to develop relations within the framework of law and institutions.

When the first institutions of European integration emerged, the countries of Western Europe were still reeling from the greatest military cataclysm in history. Moreover, two of them – Germany and Italy – were not really responsible for their internal and external policy. Both countries were under total or partial foreign occupation and therefore could not even physically consider a military option as one of the tools of their foreign policy vis-à-vis their neighbors. Formally one of the victorious countries of the Second World War, France was also dependent on the United States, which was the only country that could guarantee the sovereignty of France against the imminent threat of being engulfed from the east by the victorious USSR.

Subsequently, European integration did nothing to spread peace, even among its members. The United States has succeeded in addressing these issues within the Western community. In the second half of the 20th century, it could effectively discipline the elites of countries under its military rule.

The only real opportunity to achieve peace between historical opponents within the framework of integration would be Turkey’s accession to the EU, which already counts among its members its traditional enemy, Greece. However, the EU has neither the capacity nor the inclination to achieve this, and the Republic of Turkey is now farther from EU membership than at any time since the start of their relations in 1961. Another example that some European officials also like to mention contains the supposedly unstoppable territorial dispute between Hungary and Romania over Transylvania. However, the main deterrent here is NATO or, more precisely, American influence in Eastern Europe, which is vital to the existence of the alliance.

It is even less justified to claim that European integration was aimed at improving relations with third countries through cooperation. In general, immediately after the creation of the communities, one of the main objectives of their foreign policy was to restore the positions of their members in the Third World countries which had just rid themselves of colonial dependence. The first trade agreement of the EEC was signed with a group of former French colonies in West Africa and aimed to preserve the economic positions of the former metropolis in this region.

Subsequently, the member countries entrusted their institutions in Brussels with other important tasks: to oppose the USSR in the economic field; contain the development of the Council for Mutual Economic Assistance (CMEA) countries; coordinate formal and informal sanctions against the USSR and its allies; and ultimately undermine the integrity of the Comecon by signing separate trade agreements with its individual members. This is precisely why the EEC stubbornly opposed the signing of a general agreement with the CMEA or the USSR despite their pressure until the second half of the 1980s, when the impending collapse of the bloc of the Est had become a likely prospect.

There is no reason to call the EU a ‘peaceful project’ after the end of the Cold War. In fact, the recent collision over the Kaliningrad transit was one of the consequences of EU activities during this historic period. After the collapse of the Soviet sphere of influence and the break-up of the USSR, Western European countries began to establish quite aggressive control over Eastern Europe, never considering the interests of Russia, their biggest partner in the East. Now no one is even hiding the fact that the EU has enlarged to the detriment of Russian interests, not to mention the policy that the EU adopted after 2003 towards the states that emerged along the perimeter of the Russia in the western part of the former USSR. The ultimatum contained in the “EU Peace Plan” for Ukraine in 2013 was one of the most important factors in triggering the Ukrainian crisis.

The second important myth is related to the enlargement of the EU to new members. For quite a long time, the prevailing opinion was that any increase in the number of member countries was the result of a rational calculation based on an objective assessment of the ability of a particular country to reach a certain “gold standard”. But that was not the case. With the exception of the accession of Denmark and the United Kingdom to the European Communities in 1973, all the other waves of expansion were not based on the economic preparation of the candidate members. This is the case of Greece, which joined the EU in 1981, and even more so of Spain and Portugal, which became members in 1986. We can say with some reservations that the accession of Austria, Sweden and Finland to the EU in 1995 was not accompanied by large differences in the level of socio-economic development.

However, the great expansion that followed in Eastern Europe, as well as in Cyprus and Malta was a strictly political project. The preservation of economic harmony within the EU was out of the question. Therefore, the granting of candidate status to Ukraine, which may not even exist in five or seven years, and to Moldova, the poorest country in Europe, can be seen as the next logic of the path the countries of Western Europe embarked on 40 years ago when they invited economically backward Greece to join their ranks.

Overall, it can be seen that European integration has always been about extracting resources from new territories and consolidating American influence in Europe. Brexit and Britain’s decades-long special position in the integration structure was possible thanks to its much stronger bilateral relationship with the United States.

Finally, the third myth of European integration, very widespread in Russia, concerns its legal and institutional character. Indeed, over several decades, the EU has built up a branching system of its own legal norms and institutions, which creates a powerful illusion of solving vital problems by force of law, not by the law of force. However, we must not forget that all EU decisions are based on the relative power (demographic and economic) of individual member countries. In this sense, the largest countries have carte blanche to implement what they deem politically expedient. In other words, there can be no standards or rules in the EU that do not take into account the interests of countries such as Germany and France in the first place. This has become particularly clear over the past 15 years, when most decisions were taken directly through intergovernmental negotiations while the EU institutions’ job was simply to process them legally.

In summary, it is possible to say that the current circumstances allow us to see much more clearly the real nature of the phenomenon west of our borders. Even if the economic and political relations with the countries of the EU are restricted in the coming years, a better understanding of the evolution of their association will make it possible to more accurately assess its historical prospects. For quite a long time, Russia, like many other countries, did not have the opportunity to see Europe as it is. However, in the new historical era, we will not have to recycle old myths and long-standing illusions that we have often created ourselves.

From our partner RIAC