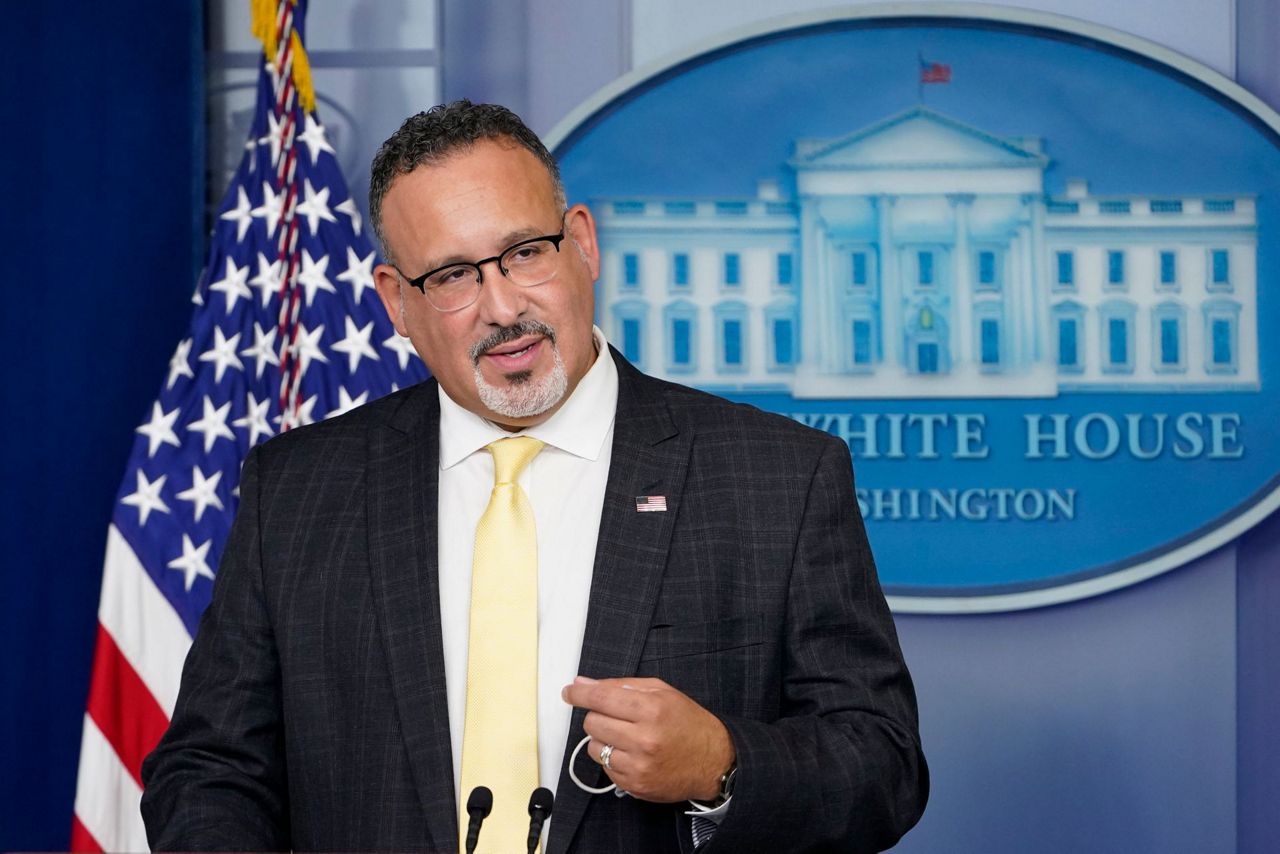 The Biden administration announced on Friday that federal student loan payments would remain suspended until January 2022, extending a hiatus that began at the start of the pandemic and was due to expire next month. The Education Ministry said it will be the last expansion.

Borrowers will not have to make payments on federal student loans during the moratorium, interest rates will be set at 0%, and debt collection efforts will remain on hiatus. The suspension will expire on January 31, 2022.

Education Secretary Miguel Cardona said this was meant to give borrowers enough time to prepare for resuming their payments.

“As our country’s economy continues to recover from a deep hole, this latest extension will give students and borrowers the time they need to plan for the restart and ensure a smooth return to repayment,” said Cardona in a press release.

The Trump administration suspended federal student loan payments in March 2020 and then extended them until January 2021. President Joe Biden, shortly after taking office, extended the hiatus until September 30.

But even as the economy rebounds, some fear borrowers may not be ready to continue paying so soon. Democrats, including Senate Majority Leader Chuck Schumer, NY, and Senator Elizabeth Warren, Mass., Recently urged Biden to extend the moratorium until at least March 2022.

“The payment break has saved the average borrower hundreds of dollars a month, allowing them to invest in their future and support their families,” Democrats said.

The education ministry itself has raised concerns about administrative hurdles associated with the sudden resumption of loan repayments. In a November 2020 report, the ministry said it would be a “heavy burden” on the government and loan officers.

In its announcement on Friday, the Education Department said the final extension left enough time to restart payments smoothly.

The extension drew criticism from conservatives, including Rep. Virginia Foxx, the top Republican on the House Education and Labor committee.

“I regret that Secretary Cardona has not shown real leadership in working with Congress to responsibly hand over the portfolio for repayment by October 1 of this year,” Foxx said in a statement. “It is nothing less than a dereliction of duty.”

The Biden administration has announced the relief as it faces increasing pressure from some Democrats to write off huge swathes of student debt. Schumer and Warren urged Biden to use his authority to write off $ 50,000 in student debt for all borrowers, saying it would jumpstart the economy and help families hit hard by the pandemic.

But Biden asked if he had the authority for this type of massive cancellation and asked the Education and Justice Departments to look into the matter. The president supported the cancellation of up to $ 10,000 while studying, but Biden says it should be done by Congress.

Copyright 2021 The Associated Press. All rights reserved. This material may not be published, broadcast, rewritten or redistributed without permission.

Half-year profits down for the pawn shop group

Subway does a victory lap