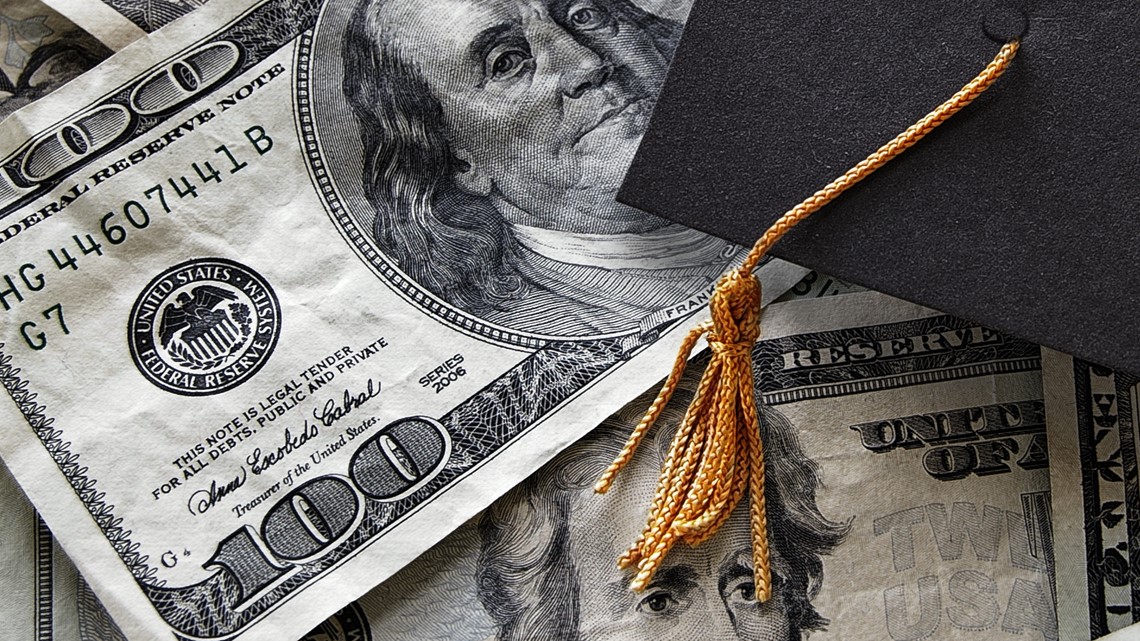 Student loan waiver: how to apply? When is the deadline?

Many people are eagerly waiting to begin the process of applying for student loan relief. Here’s what we know about the plan and key dates to remember.

WASHINGTON — It’s been a week since President Joe Biden announced his long-awaited student loan forgiveness plan, promising to erase the debt of millions of Americans who were attending college.

At the news, many flocked to their accounts to see how much they owed and how they could apply for the loan forgiveness scheme.

As of this week, the Biden administration said the app won’t be available until “early October.”

Here’s what we know so far about applying for student loan relief and the key dates you’ll want to remember.

How do I apply for student loan debt relief?

Bharat Ramamurti, deputy director of the National Economic Council, said during a White House briefing last Friday that applications should open in early October. Borrowers should expect loan adjustments as early as four to six weeks after completing the application, according to the White House.

Ramamurti suggested that those who want loan relief should apply by around November 15 in order to see an adjusted amount pass before the end of the payment break on December 31.

That’s not to say the Department of Education won’t continue to process applications after the break expires. Loan relief will be offered to those who are eligible through December 31, 2023.

White House press secretary Karine Jean-Pierre reiterated on Wednesday that there is no set date yet for the app’s availability, but they have set out the general timeline to follow.

Borrowers wishing to apply for student loan relief should go to StudentAid.gov and sign up to be notified when applications are open.

Does everyone have to apply for student loan forgiveness?

Some will not have to go through the student aid application process. About 8 million borrowers will have their loans adjusted automatically because the Department of Education already has their income information on file.

RELATED: You Can’t Apply For New Student Loan Forgiveness Yet, But You Can Sign Up For Alerts

Who is eligible for student loan forgiveness?

The plan also waives an additional $10,000 for those who received federal Pell grants to attend college.

“Our estimate is that the debt relief proposal will reduce the average annual revenue of the student loan program by approximately $24 billion per year over the next 10 years,” Ramamurti said after the announcement.

Who is eligible for Pell Grants? How do you know if you have received one?

Pell Grant recipients, who will receive $20,000 in student debt forgiveness if they meet the income requirements, make up more than 60% of the student borrower population, according to the White House. The Department of Education estimates that about 27 million borrowers on Pell Grants will be eligible for student debt relief of up to $20,000.

Pell grants are generally awarded to undergraduate students who “display exceptional financial need”. Unlike loans, Pell grants do not have to be repaid except in certain circumstances.

The amount a borrower receives through a Federal Pell Grant is based on their expected family contribution, the cost of attending their school, their status as a full-time or part-time student, and their intention to attend school for one full school year or less. Pell grant amounts change each year and the maximum grant for the 2022-2023 school year is $6,895.

A borrower’s school can apply Pell Grant funds directly to its fees, pay the borrower directly, or a combination of these methods, the Department of Education said.

Can I get a refund if I paid off my student loans?

Borrowers who paid between March 13, 2020 and August 23, 2022 and now owe less than the $10,000 to $20,000 threshold can request a refund through their loan provider for the full amount forgiven, according to the Federal Office for Student Aid.

Any amount paid after Aug. 24, 2022 that brings a borrower below the threshold will automatically be refunded without the borrower requesting it, a spokesperson for the U.S. Department of Education told VERIFY.

RELATED: Yes, You Can Get a Refund If You Paid Federal Student Loans During Payment Break

What types of loans are included in the student debt relief program?

Parent PLUS loans, which are given to parents of dependent undergraduate students, are intended to supplement other financial aid offerings. These borrowers are eligible for student loan forgiveness, senior Biden administration officials told VERIFY.

Parents on these loans and students are each eligible for debt forgiveness, the Department of Education confirmed in an email to VERIFY.

“If both the student and the parent received a Federal Pell Grant, each person would be eligible to receive the additional $10,000 in debt forgiveness,” the department added.

Additionally, federal graduate loans are also eligible for forgiveness if the loans are held by the Department of Education, experts say.

“We have confirmed that graduate student borrowers will be included in this cancellation,” said Jessica Thompson, vice president of the Institute for College Access and Success. “Again: same income thresholds, same amounts.

However, private student loans are not eligible for forgiveness.

Will people who receive student loan forgiveness have to pay federal or state taxes?

People won’t pay federal taxes on the forgiveness of student loans, but states could decide to tax federally forgiven money as income.