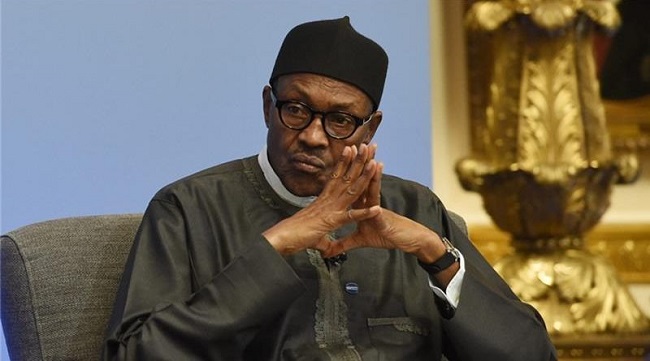 Socio-Economic Rights and Accountability Project (SERAP) has filed a lawsuit against the government of President Muhammadu Buhari for “secrecy in the spending of the loans obtained so far, the unsustainable level of borrowing by the government and the 36 states, the crippling debt burden, and the disproportionate negative impact of these retrograde measures on poor Nigerians.

In case number ECW/CCJ/APP/05/22 filed last week in the ECOWAS Court of Justice in Abuja, SERAP seeks: “An order directing and compelling the Federal Government to issue an immediate moratorium on borrowing by itself, and the 36 states, in accordance with the country’s international human rights obligations.

SERAP is also seeking “an order directing and compelling the federal government to publish details of the expenditures of loans obtained by the governments since 1999, including a list of the projects and locations of those projects on which those loans were spent.”

In the lawsuit brought by SERAP and on behalf of affected Nigerians, the organization argues that “the persistent and unsustainable federal and state government borrowing and crushing debt burden undermine the rights of Nigerians to economic and social development, and are contrary to the public interest.”

SERAP asserts that “the crippling debt burden is a human rights issue that falls within the jurisdiction of the ECOWAS Court, because when the whole country is burdened with unsustainable debts, there will be little money left. to ensure poor and vulnerable Nigerians have access to legally enforceable services. socio-economic rights”.

SERAP also argues that “there is a lack of transparency and accountability in the spending of loans secured so far, and opacity around the terms and conditions of loan agreements, including the repayment details of these. loans. The details of the projects for which the loans are spent are shrouded in secrecy.

SERAP is also asking for “an order directing and compelling the federal government to conduct a review of borrowing by governments since 1999 to address the disastrous consequences of unsustainable debt on people and communities and to ensure that borrowing at all levels of government consider human rights impacts.”

In the lawsuit brought by SERAP lawyers Kolawole Oluwadare and Opeyemi Owolabi, the organization argues that “unsustainable long-term debt can be an obstacle to the government’s ability to mobilize resources for human rights, and may incur taxes and user fees that have a negative impact. on vulnerable and marginalized Nigerians.

The suit, read in part: “If left unaddressed, escalating borrowing and the impending debt crisis would cripple the ability of the federal government and all 36 states to secure basic socio-economic rights, such as quality health care, education and cleanliness. water for the most vulnerable and marginalized sectors of the population.

“Without a borrowing moratorium, the federal government and many of the 36 states could be caught up in a process driven primarily by creditor needs. This will entail an exorbitant social cost for marginalized and vulnerable sectors of the population.

“The ability of the Nigerian government to guarantee human rights is inextricably linked to its ability to spend the necessary resources. The growing debt burden and difficulties in debt repayment will have negative impacts on the Respondent’s ability to uphold the basic socio-economic rights of poor and vulnerable Nigerians. »

“Sustainable debt management by federal and state governments will help mobilize resources for human rights and essential public services, and promote a culture of responsible borrowing.”

“Several of the 36 states are also facing a debt crisis and vicious cycles of debt. According to the Debt Management Office, the outstanding foreign debt of the federal government, 36 state governments and the Federal Capital Territory currently stands at $37.9 billion.

SERAP is also asking the ECOWAS Court for the following remedies:

No date has been set for the hearing of the lawsuit.

YOU SHOULD NOT MISS THESE TITLES FROM NIGERIAN TRIBUNE

We haven’t had a water supply for months ― Abeokuta residents

Despite the huge investment in the water sector by the government and international organizations, water scarcity has become a permanent nightmare for the people of Abeokuta, the capital of Ogun State. This report chronicles the lives and experiences of residents obtaining clean, safe and affordable water amid the surge in COVID-19 cases in the state…

Selfies, video calls and Chinese documentaries: what you will encounter on the Lagos-Ibadan train

The Lagos-Ibadan Railway was inaugurated recently for fully paid operation by the Nigerian Railway Corporation after about a year of free trial. Our reporter joined the round trip train from Lagos to Ibadan and recounts his experience in this feature.…