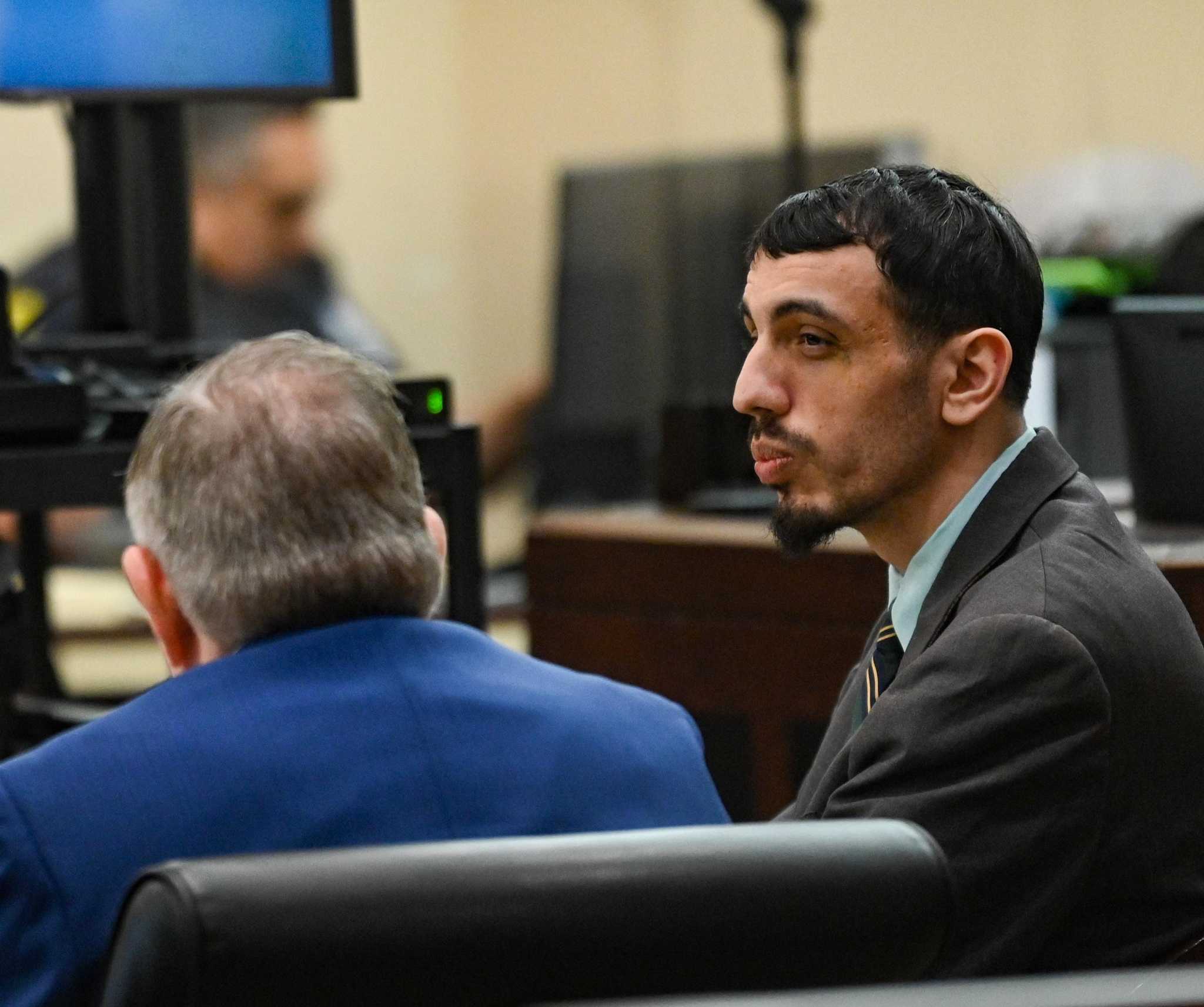 Eduardo Torres Jr., 30, was found not guilty of capital murder on Monday after admitting to detectives he was driving the getaway car after his brother shot a man while robbing him for $50.

He and his brother, Leonard Torres, were 25 and 24 when they were arrested nine weeks after the robbery and murder of 21-year-old Nathan Valdez on October 24, 2016.

Leonard Torres pleaded guilty to a lesser charge of murder and cooperated with prosecutors, testifying that he shot Valdez and his brother chased them both off the scene.

Eduardo Torres’ jury deliberated for around five hours before delivering their verdict.

The jurors sent three questions to District Judge Frank J. Castro during their five hours of deliberations, seemingly stuck on whether, as prosecutors had requested, they could convict Eduardo Torres of capital murder simply for having been at the scene and cooperating with the shooter.

Valdez’s sister, sobbing uncontrollably, had to be carried out of the courtroom.

In the hour before his execution, Valdez had given a friend money to pay off a loan. Testimony established that Leonard Torres saw Valdez counting money outside a convenience store where the two brothers had stopped for lunch on South Presa Street near Conrad in Southtown.

Surveillance video captured Leonard Torres running towards Valdez, who was shot and robbed of $50, while a white Ford Explorer picked him up seconds later.

On ExpressNews.com: ‘He moved, so I pulled the trigger:’ Defendant’s brother admits killing San Antonio man for $50

Bexar County District Attorney Joe D. Gonzales recused his office from the case because one of his department heads represented one of the brothers in 2016.

Special prosecutors Miguel Najera and James Ishimoto said in closing arguments that Eduardo Torres need not be the shooter to be guilty.

“It was his (Eduardo’s) car, his gun, and he was the driver,” Ishimoto told the jury, saying those details alone satisfied the prosecution. “If you played a part in the capital murder, you are guilty.”

Eduardo was there every step of the way, Najera said, and it wasn’t until his third interview with detectives that he told them what had happened.

Najera pointed out that the men were counting the money taken from Valdez while their victim was dying on the street.

On ExpressNews.com: ‘I didn’t shoot anyone’: Man charged with San Antonio man’s fatal robbery says his brother did it

Leonard Torres, now 29, pleaded guilty to murder in February in exchange for testifying against his brother and a maximum sentence of 45 years in prison.

Eduardo Torres was questioned three times by San Antonio police and changed his story each time. In a video shown to the jury, he admitted after an initial interview that he was driving the car.

Testifying for the state at his brother’s trial, Leonard Torres said he decided to rob Valdez, grabbed his Eduardo’s gun from the glove compartment, jumped out of the SUV, ran to Valdez and him ordered not to move and return the money.

The folder : Local crime and courtroom news, delivered weekly to your inbox

Defense lawyers John Economidy and Ben Stephenson have argued that Eduardo Torres was driving the car, but were unaware that his brother – with a reputation for anger and violence attributed to a closed head injury as a child – was the shooter.

They pointed out that Leontard Torres had accepted during his testimony that he would “do and say anything” to avoid being charged with capital murder in the case.

Stephenson said it was clear Eduardo Torres was trying to protect his baby brother, referring to his changing history to police. But, he said, the police lied to Eduardo Torres, telling him that Leonard Torres had abandoned him.

“After doing everything he could as a brother, it was time to stop protecting Leonard,” Stephenson told the jury.

Stephenson urged the jury to consider a lesser murder charge for Eduardo Torres. But the jury found him guilty on neither charge.

Torres had faced life in prison without the possibility of parole. Prosecutors did not seek the death penalty.