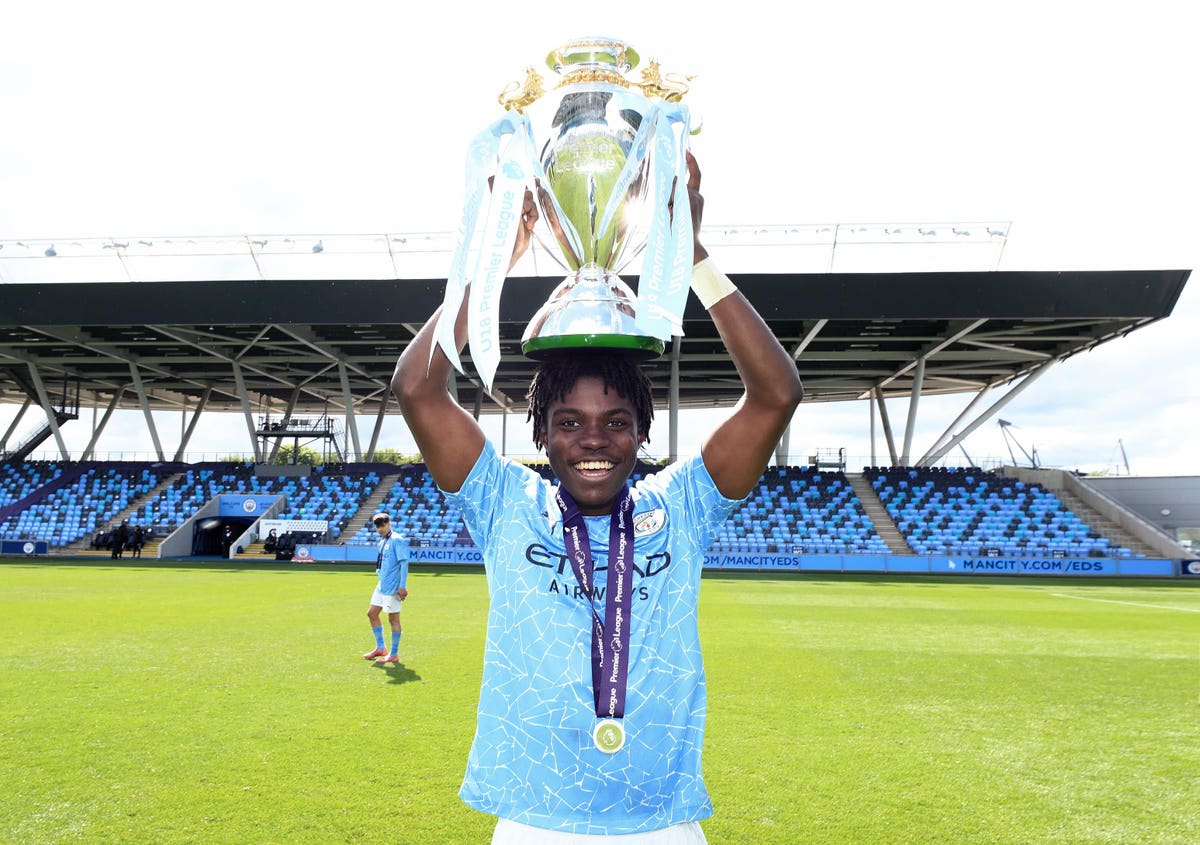 Anyone reading the back pages of local Hampshire newspapers would be forgiven for thinking Southampton had signed one of Manchester City’s superstars.

The Saints’ two most expensive signings so far this summer have both come from their “Transfer Raid” of Manchester City.

But unlike Phil Foden or Kevin De Bruyne, Southampton’s new signings have a total of 97 minutes of first-team football between them for Pep Guardiola’s side, and those minutes were against Swindon Town and Wycombe Wanderers.

Ireland international goalkeeper Gavin Bazunu and Belgium Under-21 international Romeo Lavia have been signed from Manchester City for a combined total of over $26 million.

Bazunu, 20, who has never played for City’s first team, has spent the past two seasons on loan at Rochdale and Saints’ local rivals Portsmouth in the English third tier. But the young keeper already has ten caps for Ireland, and his more expansive style could help him push Alex McCarthy for top spot if Southampton are to play a high defensive line.

Along with 18-year-old defensive midfielder Lavia, he reflects the south coast club’s desire for young players. And Southampton’s interest in 21-year-old winger Issa Kabore could mean their ‘raid’ of young Manchester City prospects isn’t over yet.

It’s a high-risk strategy, but given the success of Tino Livramento and Armando Broja, the two young Chelsea players Southampton had last season, it could well pay off. Livramento was one of the standouts last season, while Broja’s performances on loan at Saint Mary’s sparked a bidding war between other Premier League sides.

Southampton are not the only mid-table Premier League side to have benefited from signing young players from top teams: Patrick Viera’s successful start as Crystal Palace boss came largely on the back of Marc Guehi and Conor Gallagher, both brought from Chelsea. One of Leeds United’s signings this summer was 18-year-old Darko Gyabi from Manchester City, who they hope will be as popular as their previous City receiver Jack Harrison.

But while mid-table teams could benefit from such talented youngsters, Chelsea, Manchester City and Liverpool are making a fortune selling such players.

Last summer, when Chelsea signed Romelu Lukaku, many pointed out that his club-record transfer fee was paid for by the sales of Guehi, Livramento, Tammy Abraham and Fikayo Tomori – all players from the youth system from Chelsea. Chelsea may have squandered a fortune on Lukaku, but that fortune was made at the Cobham training grounds.

Chelsea may have the best young players, but that’s partly down to the way youth football is structured in England under the elite player performance scheme.

Tier 1 academies like Chelsea can recruit further afield and can attract talented players from smaller clubs after paying relatively low wages. It could ensure the best prospects get the best coaches and facilities, and has been credited with England’s recent success on the domestic stage, but it also means smaller clubs struggle to cash in on their youth academies. .

The situation in London has gotten so bad that Brentford even closed their academy in 2016, although they are now reopening it due to a Premier League rule change. When Brentford have closed their academythey said “in a football environment where the biggest clubs in the Premier League seek to recruit the best young players before they can graduate through an academy system, the challenge of developing value through this system is extremely difficult.”

Manchester City have another advantage when it comes to getting the best youngsters. The City Football Group’s extensive club system, which stretches from Montevideo to Melbourne, makes it easier for them to acquire players from around the world and loan them to those clubs to manage their development. Issa Kaboré is one of these players; he spent last season on loan at French club Manchester City, Troyes.

When it comes to net spend and Financial Fair Play rules, the money generated from these youth products can help Manchester City and Chelsea balance the books, giving them tens of millions of dollars more in their budgets. of transfer.

If it comes only from developing players, that’s fine, but if it comes at the expense of nearby smaller clubs, it only adds to the growing gap between football’s haves and have-nots.

The next Chelsea player to follow in the footsteps of Guehi and Livramento could be Levi Colwill.

The centre-back hails from the south coast and was loaned out to Huddersfield Town last season. He has attracted a lot of interest from Premier League clubs, and given the success of Chelsea’s young players recently, that interest comes as no surprise.

With Chelsea looking to sign another defender, they could let Colwill go, and whoever buys him can expect him to become another successful former Chelsea youngster in the Premier League.

For Chelsea, Colwill’s transfer fee will be seen as another achievement for the youth team.

A Complete Guide to Amazon Financing and Payment Plans