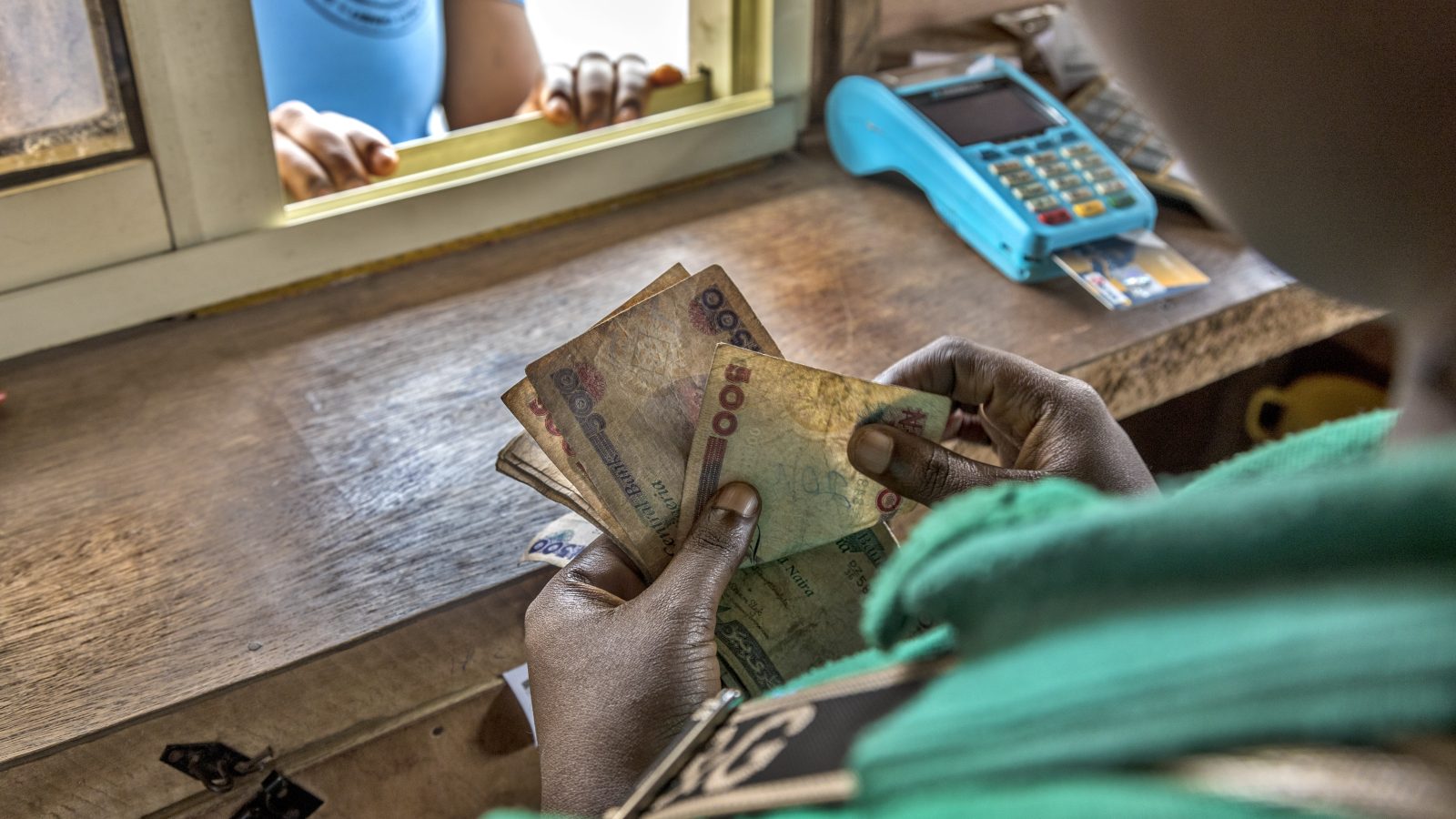 Lending apps have ruined their reputation. A sleazy online marketplace offered to fix them

In 2020, Titiola, a former bank teller in Lagos, wanted to start her own business as a bank agent, but couldn’t afford the point-of-sale (POS) device needed to get started. Her family unable to help her, she took out a loan from FairMoney, a licensed lending app, which required full repayment plus 30% interest paid within a month.

But when it came time to repay the loan, Titiola, who asked to use a pseudonym for privacy reasons, didn’t have the money. So she took out another loan, this time with Ocash, an unlicensed app she had seen advertised on Facebook. The Ocash loan had repayment terms of just two weeks, with an interest rate of almost 50%.

Titiola found herself caught in a vicious cycle of Nigeria’s mostly unlicensed and predatory soft loan app industry. Subsidized loans are loans of a relatively small amount borrowed over a short period. They can range from 1,500 naira ($3) to 500,000 naira ($1,144) and usually have a repayment period ranging from one week to two months, often with high interest rates.

To repay Ocash, Titiola borrowed from another app, Easemoni, and to repay Easemoni, she borrowed from two other apps. By the end of 2021, she owed several apps, and many of them threatened to send messages to her contacts calling her a fraud — a common tactic used by these loan apps to shame or embarrass defaulters into paying.

Feeling desperate, Titiola turned to Facebook, where she found groups with names such as “Say No To Lending Apps” and “Say No To Illegal Lending Apps”, which were launched around June 2021 and February 2022, respectively. After posting about his dilemma, someone suggested he contact Chukwuemeka Ogbu, nicknamed “the general”.

Ogbu offers promising services to help people caught in the cobweb of the loan application industry on favorable terms. With services costing from 1,500 naira ($3) to 4,500 naira ($10), it helps clients mitigate the reputational damage caused by shameful messages from lending apps. This can include showing customers how to back up their contacts so they can later delete them from their phone, keeping them out of the reach of lending apps. It also sends bulk messages to people’s contacts in an attempt to compensate for messages from lending apps, sometimes assuming the identity of the lending app and rejecting earlier messages. It even claims to be able to get user records deleted from the databases of many lending applications.

Additionally, Ogbu runs a WhatsApp group that serves as a virtual community and communication channel for its customers. It also encourages members to participate in weekly “savings” contributions – a shared savings plan in which money is held by a different contributor each round.

ogbu said Rest of the world that he started offering his services after his own experience with a lending app called LCredit, which was recently removed from the Google Play store for violating Google policies. Ogbu said in 2019 he borrowed frequently from LCredit and paid off debt quickly, triggering more generous credit limits. The last time he borrowed from LCredit, he took out a loan of 500,000 naira ($1,144), which carried an interest rate of 50% and was due to be repaid in two weeks. “It was something I couldn’t afford,” he admitted.

When he failed to pay on time, LCredit messaged his contacts and even proclaimed he was dead. This is a tactic that loan applications are sometimes used in an effort to tarnish a defaulter’s reputation and self-esteem.

In an attempt to repair his reputation, Ogbu sent mass text messages to his contacts. He said Rest of the world that he was also able to clear his name from LCredit’s database, although he did not specify how he managed to do so, nor provide evidence of his ability to do so. He then decided he could do the same for other lending app users.

As the gray market that these predatory lending apps have inspired resembles a Wild West, it is difficult to verify information about who is involved or how they operate, and the region is ripe for scammers.

But Titiola said Rest of the world she was satisfied with Ogbu’s service. “I haven’t been defamed by any app which is my biggest fear. WhatsApp messages and calls have been curtailed,” she said. “Since I joined Ogbu’s [WhatsApp] group, I eat and sleep well.

The economic situation in Nigeria has caused an increase in demand for soft loans, which come with high interest rates and short repayment periods, often just a week or two. As collateral, the apps request financial details and access to read private data such as users’ locations, media files and photographs, and contacts.

When people don’t repay on time, the apps respond by sending messages threatening lawsuits, defamation and even voodoo attacks.

An Enugu-based bar and restaurant owner, who wished to remain anonymous for fear of being identified by lending apps, said Rest of the world he took out loans from five different apps in early 2022 when his business started to flounder. At first he borrowed money to repay his loans. Then he borrowed from the apps again – but that only increased the amount he spent on debt service. In April, he could no longer follow.

Afterwards, he started receiving threats. “One particular app, Cashbus, was already showing me my contacts and the defamatory messages they would send,” he said. Rest of the world. “I was so scared. I started looking [a] the solution.”

He saw Ogbu’s message and paid him 4,000 naira ($9) to clear his name from loan applications.

Weeks later, the restaurant manager said many of the apps he owed had stopped messaging him. When he checked the dashboards of some of these apps, he said his records seemed to have been replaced with strange names and details.

Another loan app user, Nessa, who asked to use only her first name for privacy reasons, turned to Ogbu in June after an app, XCredit, sent messages to her contacts, accusing her of being a criminal. To repay her loan from XCredit, Nessa had taken out a series of loans from other apps. “I don’t know how he does it but they couldn’t reach my contacts,” Nessa said. Rest of the world.

Ogbu is not the only one to offer these services. Another man, who identifies himself on Facebook as Onye Ocha – which means “white man” in Igbo – claims to be an app developer and says he is capable of breaching and manipulating the lending app database .

Onye Ocha said Rest of the world he only charges his clients for the cost of the internet data he uses while working on their cases. According to Ogbu and Onye Ocha, prices for services like theirs can go up to 10,000 naira ($23). The market still has a limited number of players, and many have refused to talk with Rest of the worldfearing that the information they disclose will disrupt their processes or be used to track them.

People offering these services operate in a gray area. “There is no specific law governing reputation laundering activities. However, their activities can touch on a range of legal issues, including fraudulent misrepresentation and breach of data protection obligations,” said Theophilus Oladipo, a lawyer who works at the intersection of fintech and compliance. to financial crimes. Rest of the world.

For now, the best way to repair your reputation is to sue the entities, Oladipo said: “Nigerian courts have the power to order these companies to issue a public apology for the injuries caused, in addition to other remedies they may obtain, such as monetary compensation. compensations. However, many of these apps are owned by unregistered and unlicensed entities, making it difficult for regulators to track them down and for customers to sue them, he added.

Ogbu said he is aware that some of his activities might be against the law, but he must do them to protect people from loan sharks. Onye Ocha shares a similar view. “There was a government agency that said they banned [the apps]he said, referring to numerous attempts by the Federal Competition and Consumer Protection Commission (FCCPC) to crack down on illegal apps. “Have they stopped working?

In March, Nigerian authorities raided the offices of seven different loan apps, citing complaints of intimidation, harassment and breaches of privacy. After the raid, the FCCPC allegedly froze more than 30 accounts belonging to illegal lending apps. In August, the commission asked Google to remove four apps from its Play Store. Apps have been removed, however, many still advertise on social media and can still be downloaded.

However, the nascent mitigation market that has sprung up in response can also be dangerous. Ogbu pointed out that fraudsters and loan officers could pretend to be mitigation service providers.

Ogbu describes his services as bringing people hope. “If you have to save a life, that’s worth more than anything else,” he said. “So that’s my main target.”