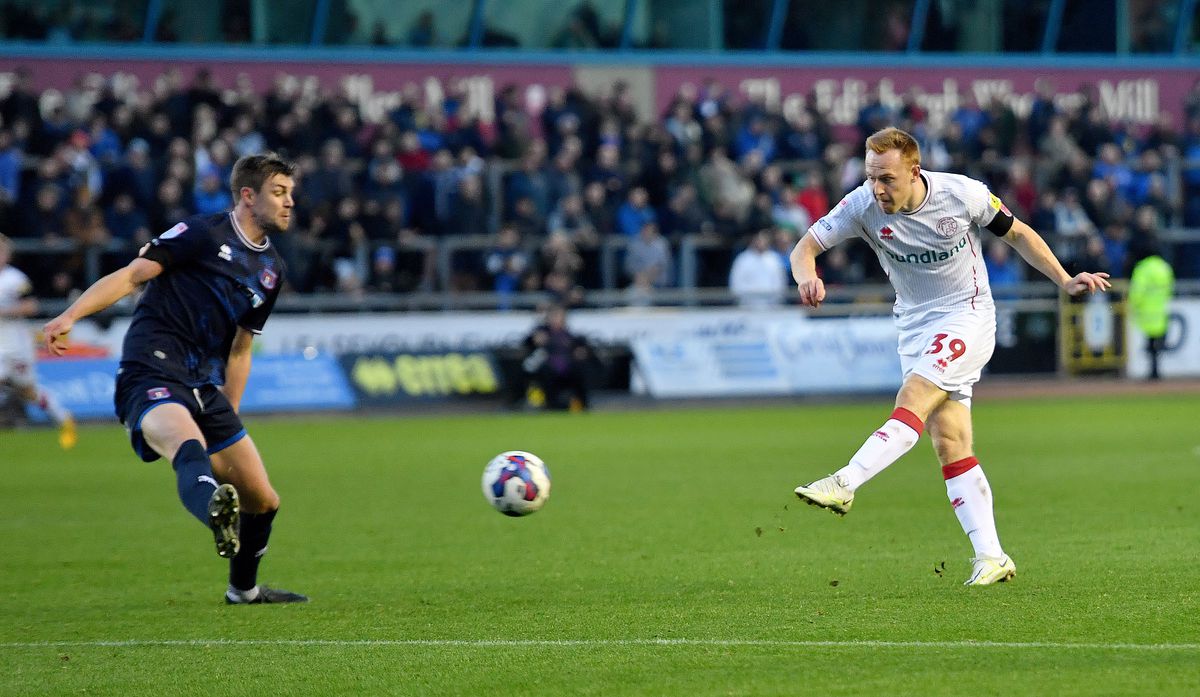 The boss said the pair are working hard to be able to bring Johnson to the club – if not permanently then at least until the end of the season.

Flynn is keen to finalize his squad for the second half of the season as he looks to target a potential play-off spot.

It may seem like a long way ahead of the January transfer window, but Flynn, like the fans, was impressed with the contributions of both players and said keeping them at Bescot would be a priority.

He said: “I don’t think keeping Liam on a permanent basis would be a realistic option due to the possibility of a transfer fee as he is under contract at Cambridge, but I would certainly like him to be here until now. at the end of the season.

“Danny has been a great asset and the fans would like to see him stay of course, but there is no more progress on that, although we are constantly monitoring the situation and we will see what we are able to do about it. .

“As for the arrival of players in January, before we consider targeting A, B or C, we want to see if we can keep this team of players together because we are progressing and moving in the right direction.

“I constantly talk to the chairman and the owners about what we are trying to do and what we will need to do to continue in the second half of the season, but we are living under the constraints of a cost of living crisis – the football clubs feel it as much as individuals feel it.

“But the mood is good and proactive and we’ll see what happens by the start of next year.”