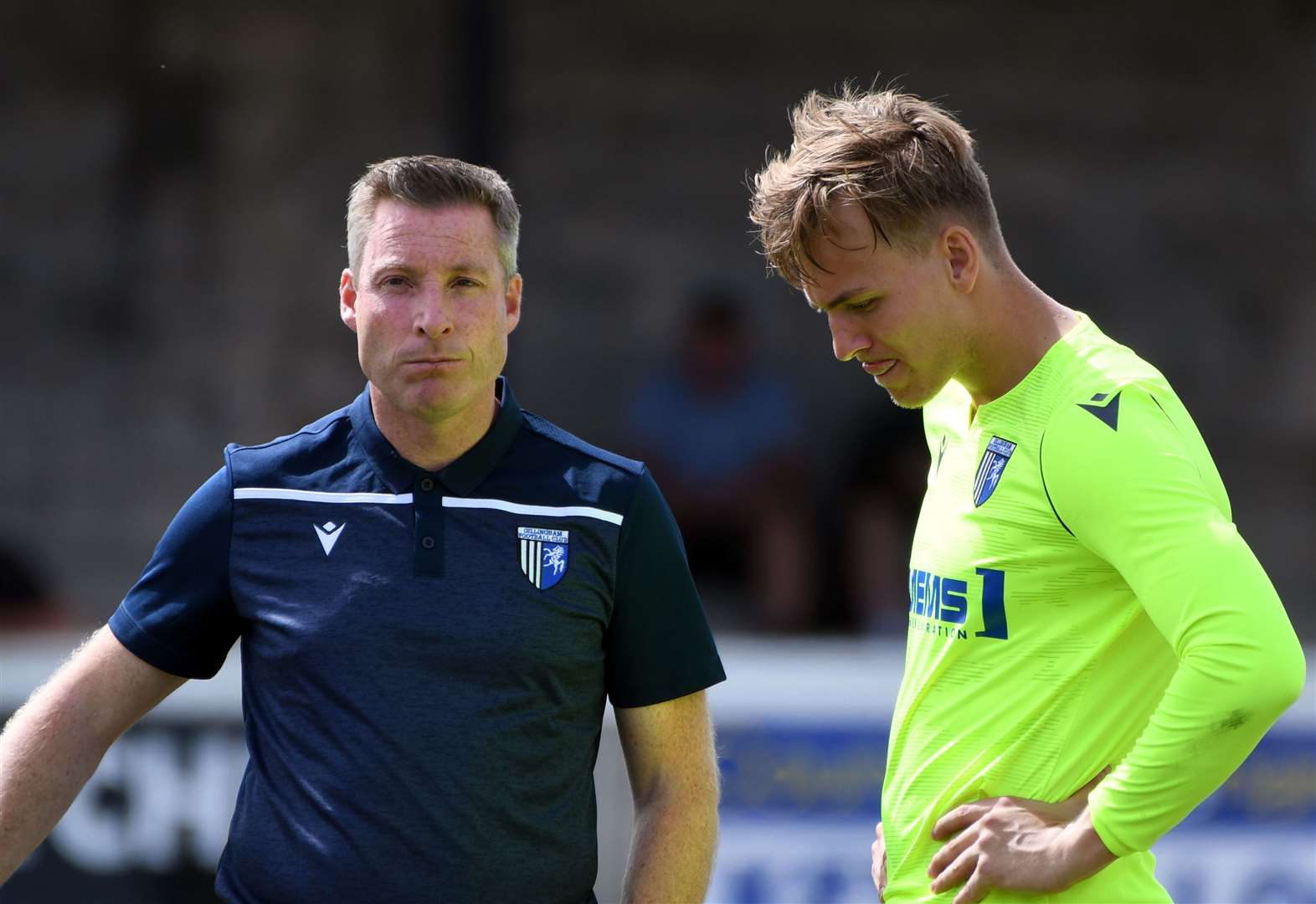 Gillingham are on the hunt for another goalkeeper after an injury to summer signing Ashley Maynard-Brewer ruled him out until December.

The Charlton keeper signed for the club on a season-long loan ahead of pre-season, arriving to rave reviews, but landed awkwardly making a save at Dover and dislocated his shoulder for the second time . He now needs an operation.

Maynard-Brewer suffered a dislocation while on loan at Ross County last season and lasted just two games for the Gills, playing half a game at Folkestone and 18 minutes at Dover.

Confirming the news, Harris said: “He’s going to have shoulder surgery and he’ll be out until Christmas time.

“We’re going to have to replace Ash right away.

“It’s hard to accept because we’ve seen his quality in the two weeks he’s been with us, but we’re delighted to have Jake Turner with us, we’re looking forward to working with him, but we need to bring in a another keeper to compete.

“It came out completely out of the blue, something we couldn’t budget for and couldn’t expect, but we have to deal with it.”

Meanwhile, Harris has been busy strengthening the outfield squad, with a flurry of new signings arriving ahead of today’s home friendly against Portsmouth.

Jordan Green, Cheye Alexander and Mikael Mandron have all strengthened the team but it’s not over yet.

“We need three or four more players and the market is changing again,” said the Gills boss.

“Teams have needed players for pre-season, for judging and for numbers and the market is opening up again for players whether their faces don’t match or they are different requirements, they are put forward and opportunities to bring players in are there.”

A Complete Guide to Amazon Financing and Payment Plans