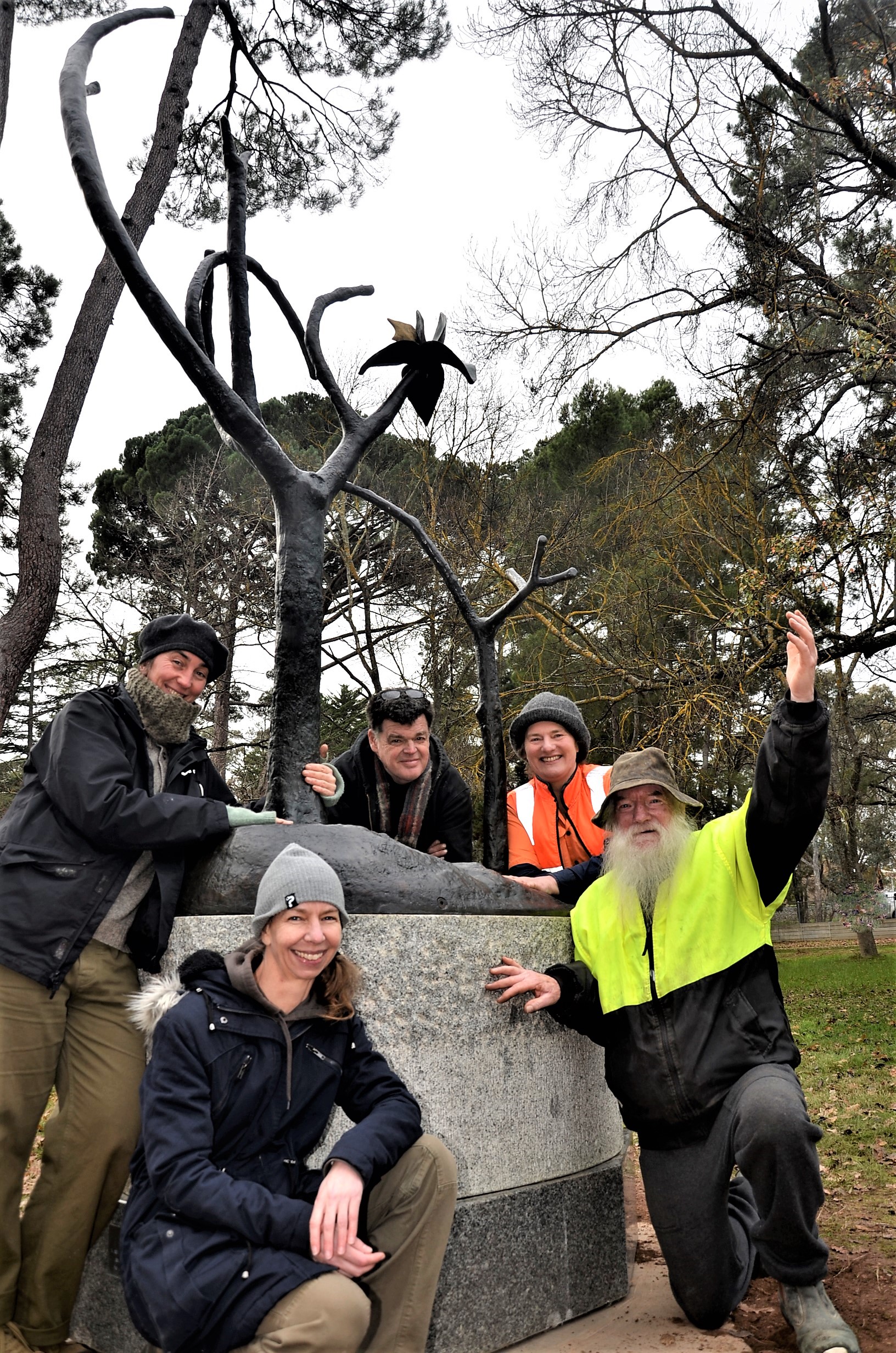 Castlemaine Botanic Gardens has a new feature… and if you think you’ve seen it elsewhere, you’re on the right track.

Since its creation in 2009 by local artist Zoe Amor, the remarkable bronze sculpture, Dusk, graced the portico at the front of the Castlemaine Art Museum in Lyttleton Street.

But with the museum now due to undergo major refurbishment as part of its masterplan redevelopment project, the eye-catching piece has now been loaned to Mount Alexander Shire Council, who duly installed it last week in the leafy setting of Castlemaine Botanical Gardens. .

“It means so much on so many levels,” Amor said as he watched the relocation process alongside stonemason David Pratt who crafted the plinth on which Dusk rests, and pitcher Craig MacDonald who was responsible for the casting of the work commissioned in 2009 by Cherry Tennant in honor of the artist and poet Frank Mau 1925 – 2007.

“It’s been five years since the process started since it (the relocation) was first discussed,” said Chewton-based Amor. Express as she watched the sculpture settle into its new home where it is now expected to remain for at least the next five years.

The council’s cultural development manager, Vicki Anderson, said the long-term loan was to be five to ten years.

“It has long been on the back burner as an opportunity for the community to enjoy a public work of art in the garden,” she said.

“It’s a long-term loan and a wonderful gift for our visitors,” she said.