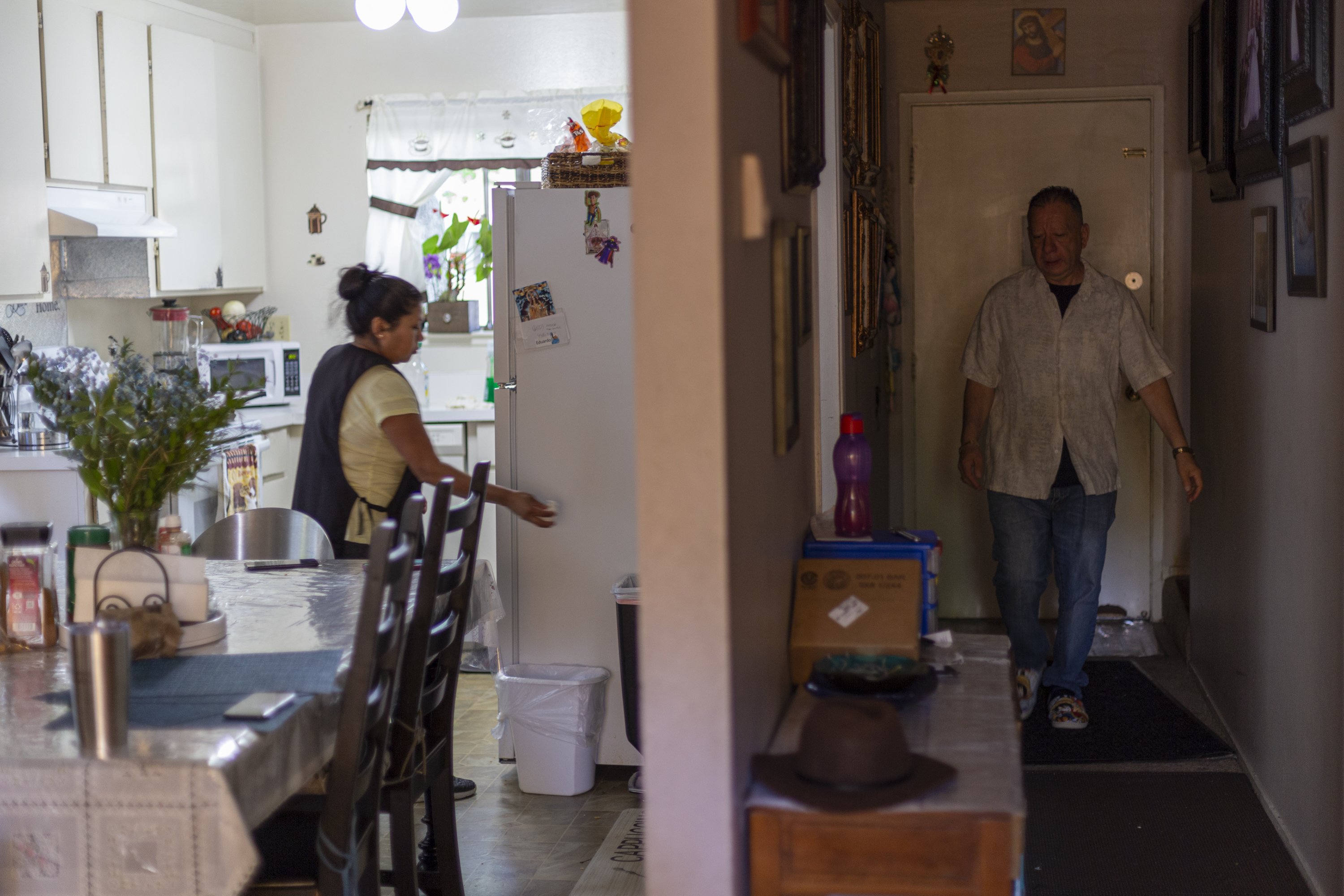 For two Mountain View parents, being undocumented adds to the difficulties of the pandemic | News

When the pandemic began in March 2020, Mariana Gonzalez didn’t know if she would be able to keep the Mountain View home where she had lived with her husband and children for more than a decade.

Gonzalez has lived in the city since 1999, and her husband, Lorenzo Villanueva, since 1986. They are among millions of undocumented immigrants living in the United States who, without a green card or work visa, are ineligible for benefits unemployment. Without a valid Social Security number, they were ineligible to receive assistance from federal COVID-19 economic relief programs.

Throughout the pandemic, the couple and their two American-born sons, Miguel and Francisco, have relied on local organizations for help with rent and school expenses.

In the summer of 2021, the family allowed Mountain View Voice, a sister publication to Palo Alto Online, into their home to recount the struggles they have experienced and the support they have received during the pandemic.

Like many workers, Gonzalez and Villanueva lost income when stay-at-home orders took effect in March 2020. Gonzalez, who works as a cleaner, saw half of her jobs disappear. Villanueva was fired from his job as a waiter in the restaurant industry.

The family faced a particularly difficult time later that year when Villanueva was detained by police after being involved in a car accident in September 2020 and law enforcement officials learned of his undocumented status.

Villanueva spent the next eight months in prison. He was released in May 2021 after one of Gonzalez’s clients offered him an interest-free loan to hire a lawyer.

The family hired a lawyer and then, when the money ran out, worked with a public defender until they secured Villanueva’s release.

Throughout the pandemic, the family has relied on a patchwork of local aid organizations to keep a roof over their heads. The MV Solidarity Fund, a grassroots group based in Mountain View and founded during the pandemic to help local Latino families, donated $1,000. The Community Services Agency helped the family with $4,100 — the equivalent of two months’ rent — paid directly to their landlord. The Mountain View Whisman School District gave them food assistance, totaling about $365 per child.

They also received help from Gonzalez’s eldest sons from a previous marriage. One of them lent his mother a car so she could continue working after the family vehicle was lost in the Villanueva accident.

Miguel and Francisco, who at the time were at Castro Elementary in second and fifth grade, respectively, switched to online learning when the schools closed. Miguel began to fall behind in his classes, and in his father’s absence, he began to show signs of anxiety and depression, Gonzalez said.

Francisco, who continued to do well in school, became calmer. He spent a significant amount of time on screens, between distance learning and socializing with his friends via video games. Her children were more outgoing, talkative and happy before the pandemic, Gonzalez said. The change in them was evident.

Gonzalez said she became depressed during this time.

“I had to find a way out of this state, because I didn’t have anyone to tell me, ‘You know what, everything will pass, be strong,'” Gonzalez said. “I was looking at my kids and thinking, ‘If their dad isn’t around and something happens to me, what would happen to my kids?'”

She had to balance work and take care of her children. Fortunately, Castro Elementary School has provided the boys with a space at Monta Loma Elementary to take their classes online. Gonzalez was able to go to work without leaving the kids home alone, which was a big help for the family, she said.

Gonzalez has continued her job as a housekeeper, though her hours have dropped significantly since the pandemic began, and the kids are back in school for in-person classes. Francisco is now in sixth grade at Graham Middle School and Miguel is in third grade at Castro Elementary School. “They’re fine, thank God. Since going back to school, they’re more relaxed because they see their friends,” Gonzalez said.

Villanueva got two service sector jobs after his release, but recently lost both due to staff cuts. He’s looking for a job, and he and Gonzalez live off their meager savings from the months he’s had a steady income, until he finds another job, “one he loves,” Gonzalez said.

Despite the difficult year they had, they said they were doing well and recovering together.

Editor’s Note: The Mountain View Voice has agreed to use pseudonyms for the family due to the parents’ undocumented status.