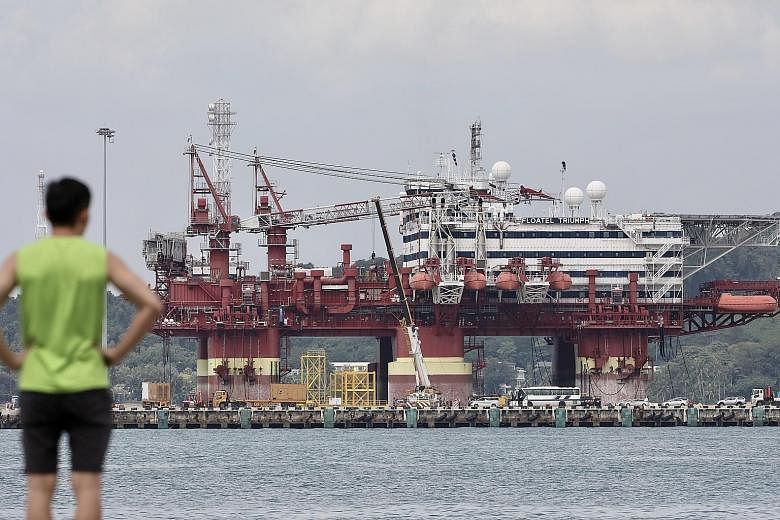 Keppel’s associate, Floatel, has secured a US $ 100 million (S $ 134.4 million) super senior revolving credit facility from a Temasek holding company in a consensual transaction that will no longer involve an acquisition by a newly created orphan company.

The consensual transaction will now take place at Floatel itself. The ailing offshore vessel company will continue to own all of its subsidiaries involved in the original deal, including those that own and operate the Floatel Reliance, Floatel Superior, Floatel Triumph, Floatel Victory and Floatel Endurance vessels.

The Keppel Fels Offshore unit will also retain its 49.92 percent stake in Floatel and forgo a $ 244 million subordinated loan borrowed by Floatel.

The 9 percent senior secured senior bonds (1L) of Floatel will be converted into US $ 230 million of new bonds issued by Floatel and into common stock representing 40.08 percent of the share capital of Floatel.

Temasek’s US $ 100 million revolving credit facility, Clifford Capital, will help fund a cash repayment of these new IL bonds and for working capital and general business needs of the Floatel Group. .

Meanwhile, Floatel’s 12.75% Senior Bonds (2L) will be converted into 10-year warrants, which will convert to 12% of Floatel’s post-conversion equity. This is an exercise price based on a net worth of US $ 424 million.

The super senior revolving credit facility and new IL bonds are secured against the five mentioned Floatel vessels, as well as other assets related to these vessels. These include, but are not limited to, mortgages on ships, pledges of shares with respect to various subsidiaries and floating charges. The Common Collateral also secures certain Floatel hedging facilities up to US $ 10 million.

Keppel Offshore & Marine (Keppel O&M) has also entered into a participation agreement with Clifford Capital, which may require Keppel O&M to indemnify Clifford for any loss incurred under the super senior revolving credit facility.

The consensual transaction is not expected to result in any impairment of Keppel Corp’s Floatel book value, which is approximately S $ 96 million. This is based on the current analysis of Keppel’s financial advisor on the assets and operations of the Floatel group.

The group said the valuation of the investment will be evaluated at the end of each financial reporting period. He expects the consensual transaction to be finalized on March 24.