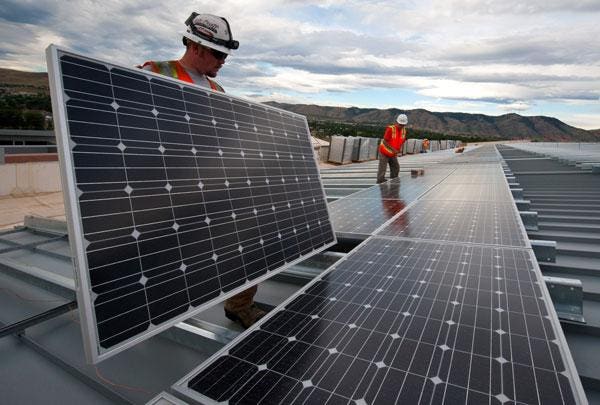 The price of silver skyrocketed in May, jumping more than 19% on safe-haven demand along with heightened expectations of a rapid economic recovery, given its many industrial applications. Not only was this silver the best month since 2011, it also marked an impressive turnaround for the white metal which has just plunged to its lowest level in over 10 years. From March 18 to June 1 of this year, money soared more than 52%, wiping out all of its losses due to the coronavirus pandemic.

The question now is whether the rally can continue with the economic improvement, or if it is too late to start participating. I think there is still a long way to go, especially considering the growing need for money in emerging technologies such as 5G wireless networks and photovoltaic (PV) cells, the backbone of solar panels. .

ETF holdings of silver at an all-time high

Silver started June in overbought territory based on the 14-day Relative Strength Index (RSI), but that didn’t seem to deter investors. Global ETFs backed by physical silver have added some 142 million ounces since the metal fell below $ 12 an ounce in mid-March. Holdings now stand at an incredible 746 million ounces, the highest on record, according to Bloomberg data.

Interestingly, if you look at the chart below, silver ETF holdings seem to have started following the price not of silver, but of gold.

This suggests to me that some investors are using the white metal as a more affordable safe haven and diversification than gold. But there is more to the story.

Like copper, nickel, lithium, cobalt and other metals, silver is fast becoming a major beneficiary of emerging industrial applications.

This includes renewable energy sources, and solar in particular, which continues to expand around the world in response to a combination of carbon emissions legislation and a rapidly falling cost of “green” electricity. .

According to a recent report by CRU Consulting, solar power generation will increase to 1,053 terawatt-hours (TWh) by 2025, nearly double the amount generated in 2019. Amazon alone is planning five major solar projects in the region. world, including its first in China, as the retail giant seeks to achieve 80% renewable energy by 2024 and 100% by 2030. When completed, these five projects will generate 1.2 million megawatt hours (MWh) of energy each year, enough to power 113,000 average American homes, according to a press release.

I expect this to be a huge windfall for the money, which is used to make the very important PV cells found in solar panels. By 2030, PV panel makers are expected to consume 888 million ounces of silver, according to CRU. To put that into perspective, that’s 51.5 million ounces more than the combined production of global silver mines in 2019.

But there are other technologies on the horizon that will require large amounts of white metal.

The global deployment of 5G technology, still in its early stages, will increase the production of goods such as semiconductor chips, cabling, microelectromechanical systems (MEMS), devices compatible with the Internet of Things (IoT), all of which require money. In 2019, the amount of silver used in claims was 7.5 million ounces, or 0.75% of annual production. By 2025, that amount could more than double to 16 million ounces and, by 2030, triple to 23 million ounces, according to estimates by Precious Metals Commodity Management.

Money miners on a tear

Obviously, there are other ways to get exposure to silver other than buying physical bullion and money-backed ETFs. These include the silver miners themselves, if you can handle the additional volatility.

Silver producers had a below-average first quarter compared to gold miners, as production fell even before COVID-19 caused mines to close. This had a negative effect on income.

Despite this, a number of silver miners have done very well, especially after the market troughs in March. Among our favorites are SilverCrest Metals, up an incredible 105.8% in the past 12 months; Pan American Silver, up 142.3 percent; and First Majestic Silver, up 56.18%.