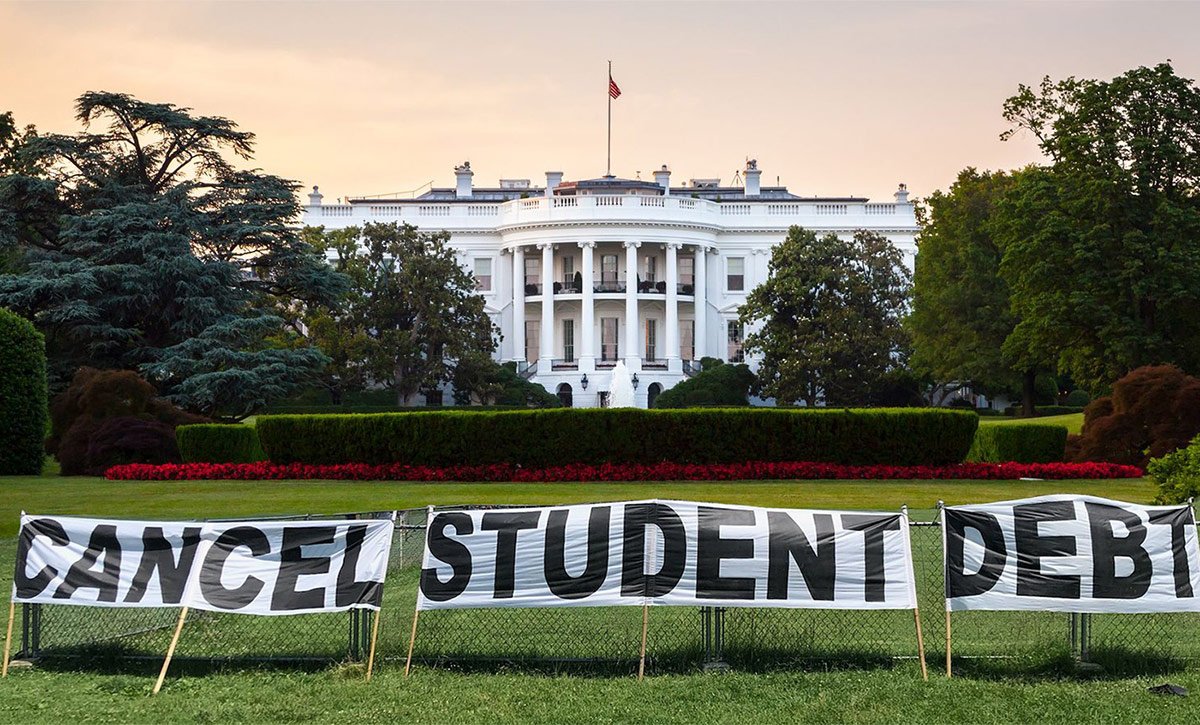 Recently, the Biden administration decided to forgive up to $20,000 in student loan debt, a decision that is long overdue and affecting millions of people. The cancellation stems from the pandemic pause on student loan debt and applies to anyone earning less than $125,000 per year, adjusted gross income. Melissa Byrne, student debt activist and director of WeThe45Million, provides insight into the decision the Biden administration made, the struggle to make it happen, and the long-term solution to student debt.

“As long as you’re ashamed of your debt, the banks have all the power,” says Byrne. “Nobody wants to finance work to cancel student loan debt. For the scale of the problem, the two trillion dollar problem, there is no funding available. The cost of college can be an astronomical expense, and many Americans struggle to afford it. After the pandemic left many without a stable income, demand for student debt forgiveness was high.

Activism has played a role in tackling the massive crisis. “All the organization has done is show that this crisis is huge. Forty-five million people are directly impacted. This is a crisis where people don’t have to continue to suffer” “I think a big part of it was also the fact that in March 2020 people could re-mobilize to get a break on student debt at the start of the pandemic,” Byrne says.

“You can request a cancellation. People should know that the income threshold is adjusted gross income, not gross income. This is for fiscal year 2020 or 2021. October 31st is the current deadline for people who need to get Public Service Loan Forgiveness (PSLF). Everyone must log in and start this app, even if you’ve already been denied, by October 31,” Byrne says, regarding the important and disastrous information related to the cancellation. “There will be about eight million people who will automatically get their debt cancelled.”

Byrne applauds the actions of the Biden administration and believes the decision will have a direct impact on voters’ actions in the midterm elections. “The major theme of the presidential primary was the cancellation of student debt. The president acted in good faith from day one because the first thing he did when he took office was to extend the pandemic pause,” Byrne remarks. “I think voters see the government helping them. It’s a great way to show that the government can help people.


Canceling student loan debt is just the beginning. For Byrne and other political activists, the end goal is free college accessible to all. “I want poor kids to become lawyers, it shouldn’t just be the kids of the rich. It shouldn’t be your parents’ income that dictates the career you can have as an adult, it should be based on your willingness to do the job. And that goes for trade schools too, it’s not just academic careers,” exclaims Byrne. “Cancellation helps a group of people, and we hope that by doing this we will help even more people. Really pushing for loan cancellation helped lay the groundwork for that. Now people are talking in because of the cost of college and how we fix it. Before the cancellation, people didn’t really talk about it.

According to Byrne, making higher education affordable is at the forefront of the current presidential administration. With millions of people directly impacted by decisions surrounding student loan debt, the issue is a top priority. “The people need a government that fights for them,” Bryne said. “Cancellation is not the end goal, it helps us get to free college.”