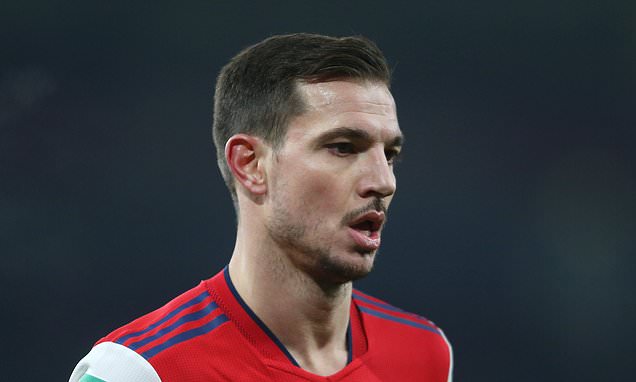 Atletico Madrid interested in signing Arsenal defender Cedric Soares on loan until the end of the season, with Diego Simeone’s side considering a right-back after selling Kieran Trippier

Atletico Madrid are interested in a loan deal for Arsenal right-back Cedric Soares.

The Spanish club are keen to make a first loan deal for Soares with a view to a permanent deal this summer.

Arsenal is likely to be reluctant to let Soares go without a replacement due to a lack of coverage at the right-back.

Takehiro Tomiyasu is currently the top pick, but without Soares the Gunners would be short of cover after Ainsley Maitland-Niles joined Roma on loan.

Diego Simeone’s team are short of right-backs following the sale of Kieran Trippier.

It was announced on Friday that the England international has joined Newcastle for Â£ 12million after two and a half seasons at Wanda Metropolitano.

Soares has struggled for playing time this season making just four Premier League appearances – only one since mid-September.

The 30-year-old initially arrived in the Emirates on a six-month loan deal in January 2020.

Although he has only made five appearances for them this season, he subsequently signed a permanent transfer for them at the end of his contract at Southampton.