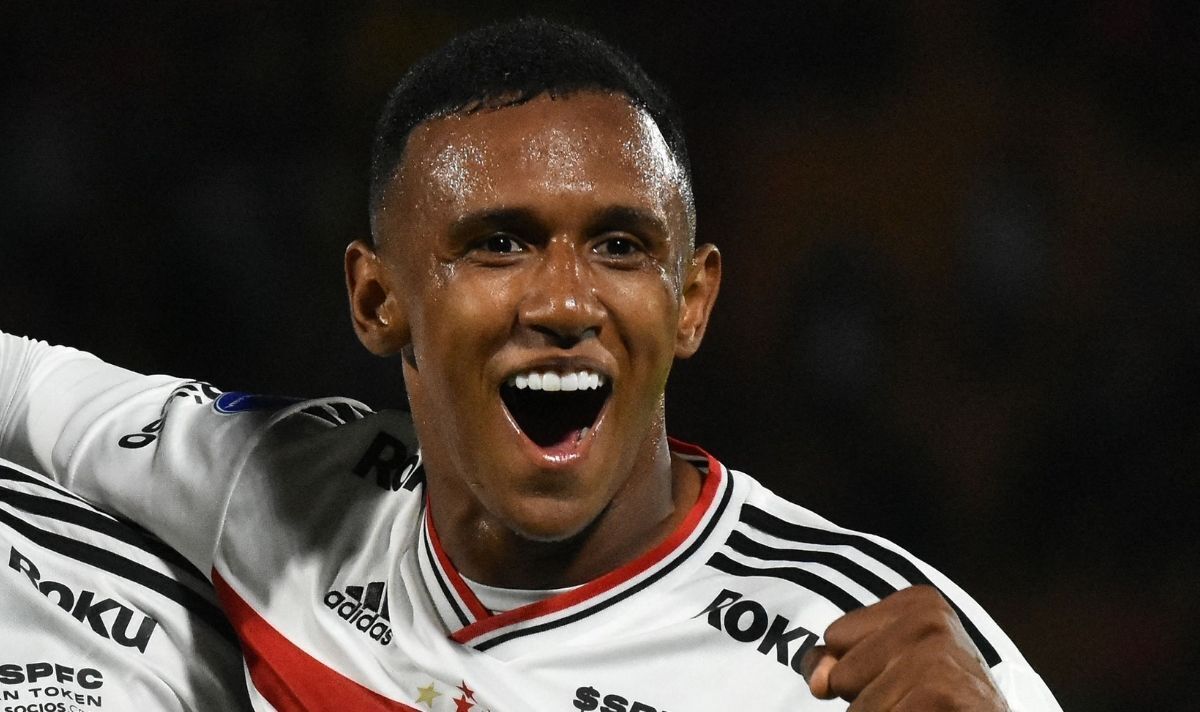 Sao Paulo winger Marquinhos is set to become Arsenal’s first summer signing with the Brazilian teenager currently in London undergoing a medical. The 19-year-old striker was at the Gunners’ London Colney training ground on Thursday to meet Mikel Arteta and his new team-mates ahead of a £3million switch, which was agreed between the two clubs last week.

Marquinhos was left out of Sao Paulo’s squad to face Cuiaba last Sunday before being given the green light to fly to England with his agent to put the finishing touches on his transfer.

The former Brazil Under-16 and Under-17 international is set to return to South America before joining Arteta’s side for pre-season later this summer.

Arsenal are now expected to confirm the capture of Marquinhos in the coming days and an announcement could arrive as soon as Friday evening.

The right-winger won’t be available until next season so won’t play a role in Sunday’s final Premier League game against Everton, although he could still be featured in the stands.

The conclusion of the deal should mark the start of a manic summer in north London, with Arsenal expected to back Arteta in the transfer market, even if they fail to qualify for the Champions League.

Two strikers are the priority with Alexandre Lacazette and Eddie Nkeitah on course to follow Pierre-Emerick Aubameyang to the exit door when their contracts expire in June.

Arsenal are expected to submit their first formal offer for Manchester City centre-forward Gabriel Jesus in the coming weeks after positive talks with their representatives.

There is confidence that a deal is still achievable even if Arsenal fail to move Tottenham into fourth place on Sunday as they need to beat Everton and hope Norwich manage a scalp against Spurs.

Additional cover at full-back and central midfield is also on the agenda for Edu with Bologna’s Aaron Hickey and Leicester’s Youri Tielemans both of interest.

Additionally, Arsenal will strive to improve the overall quality of their squad, namely their reserve options.

The depth of the club’s squad ultimately hampered their chances of finishing in the top four at various points in the season, as Arteta struggled with a number of injury issues.