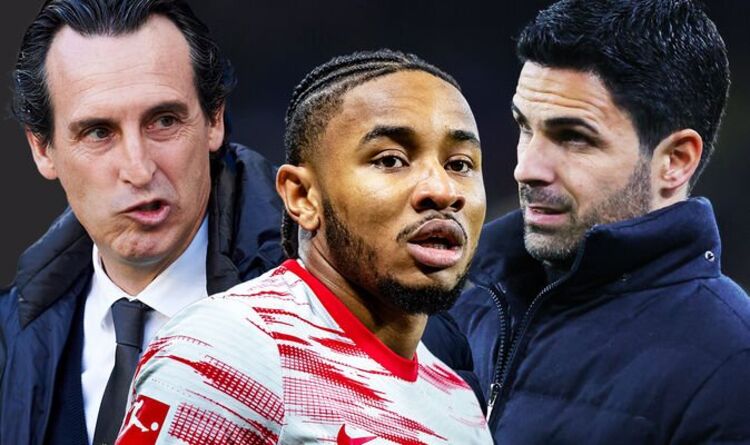 While the judgments and assessments of former Newcastle target and Villarreal manager, Europa League winner Unai Emery appear to have changed since his sacking from Arsenal in November 2019 – few can question the emergence of a signing he has twice recommended to the club. Both were ignored. After two tumultuous seasons with Paris Saint-Germain, the Spanish tactician was keen to reunite with one of his former players – Christopher Nkunku – in north London.

At the time, he was considered one of the brightest young players to come through the ranks at the Parc des Princes and despite making 42 Ligue 1 appearances in two seasons, Nkunku’s chances of raising his playing status regular starters – ahead of the likes of Kylian Mbappe, Angel Di Maria and Neymar – have remained limited.

He was still valued by both Emery and his successor Thomas Tuchel but, understandably, the majority of his appearances came from the bench and in cup competitions.

As a football lover, Nkunku just wanted to play regularly after a taste of first-team action and so he was willing to consider a move away from PSG.

In January 2019, after half a season of his tenure at Arsenal, Emery wanted to bring Nkunku to the Emirates Stadium as part of his ambitious project.

In Emery’s view, all hope of signing Nkunku was not lost and he believed Arsenal would have a second chance to land the Frenchman.

Various injuries at PSG gave Nkunku more opportunities towards the end of the 2018/19 season as Tuchel’s side won the Ligue 1 title for a second season in a row.

Once again, Emery would campaign for Nkunku’s signature in the Arsenal boardroom, but his request fell on deaf ears.

In the background, RB Leipzig were wasting no time as they prepared to complete an undisclosed transfer (worth an estimated £12.5m).

Want the latest Premier League news as we publish it on Express Sport? Join our brand new Facebook group by clicking here

After nearly three years in Germany, Nkunku is now regarded as one of the most in-form players in all of world football.

The playmaker, who can play on the flanks or in the middle as a No.10 or second striker, has 20 goals and 13 assists in all competitions this season.

He averages more than a goal per game and also scored a hat-trick against Manchester City in the Champions League group stages this season.

Nkunku is now valued at around £50m, four times the price Arsenal could have signed him for (£12.5m) had they listened to Emery.

There’s also a feeling that Nkunku would have been the perfect fit for Mikel Arteta’s current Arsenal project.

He is technically gifted but also extremely productive in terms of scoring and assisting.

His versatility would also be a huge advantage for Arteta, who likes his attackers such as Gabriel Martinelli and Bukayo Saka to trade.

The Gunners could still redeem themselves for missing the boat with Nkunku as they vie with Manchester United and City for his signature this summer.

But ultimately, there are hard lessons to be learned from the saga that saw Arsenal squander a glorious opportunity.