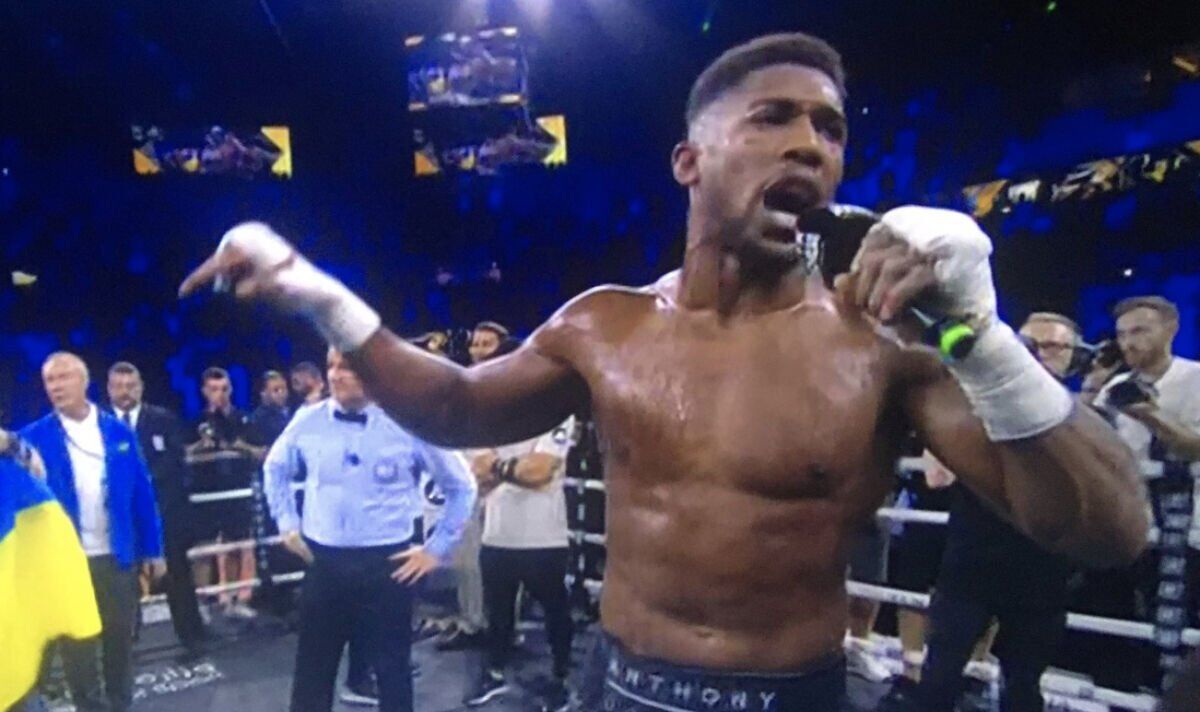 Sky Sports were forced to apologize on Saturday night after beating heavyweight Anthony Joshua, who gave an X-rated speech in the ring after losing to Oleksandr Usyk. The Briton tasted defeat for the second time against his Ukrainian opponent after failing in their first match 11 months ago.

While the Briton made it a closer fight than the first time around, many onlookers felt Usyk won by a wide margin and the split decision was not representative of the action. After the Ukrainian’s triumph, Joshua stormed out of the ring, dropped two heavyweight belts, came back, grabbed the microphone and spoke passionately.

“Usyk one hell of a f***** fighter let’s applaud him,” Joshua said. “If you knew my story, you would understand the passion. I’m not an amateur boxer who was an elite prospect. I was going to jail.

“I was released on bail and started training. The fucking passion we put into this shit. Tonight maybe I could have done better but it shows the level of work fierce that he so please give him a round of applause.

“I’m not a 12 round fighter, look at me. I have 18 stones, I’m heavy, it’s hard work. What’s happening in Ukraine is not nice, in the end. Usyk as a champion, raise your hand, in these circumstances he managed to become a champion.”

Sky Sports commentator Adam Booth was later forced to apologize on behalf of the broadcaster.

It remains to be seen what awaits Joshua, who changed coaches ahead of the rematch in hopes it could tip the odds in his favour. As he questioned his opponent, especially during spells in the second half of the fight when he was scrambling Usyk, there was always a seeming chasm of quality.

The likes of Carl Froch and Johnny Nelson believed, before the fight, that Joshua could walk away from the sport if he tasted defeat against the same opponent for the second time. Usyk, meanwhile, reinforced the notion that he is keen on fighting Tyson Fury next time around, with the 6-foot-9 slugger having to come out of retirement for the fight to happen.

Construction loan secured for The Terraces in Wildhorse Village, Missouri