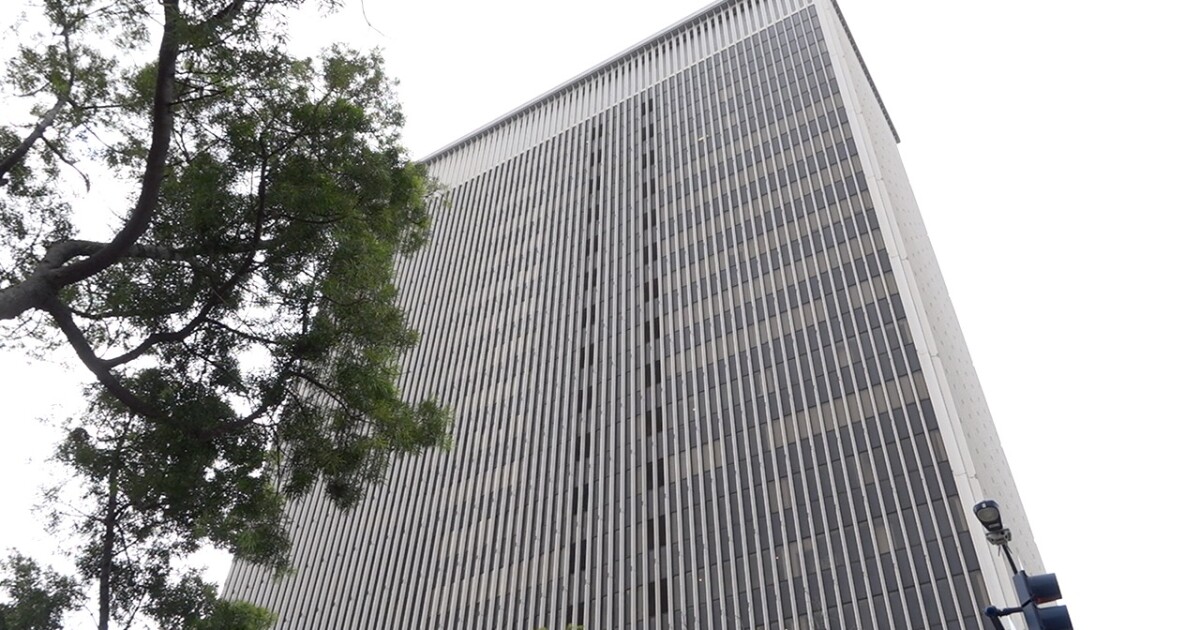 SAN DIEGO (CNS) — Mayor Todd Gloria on Monday announced a potential settlement with Cisterra Development and lender CGA regarding real estate transactions at 101 Ash Street and Civic Center Plaza that would transfer ownership of the properties to the city.

The settlement — in addition to transferring ownership of Sempra Energy’s former headquarters at 101 Ash Street and the Civic Center Plaza, home to more than 800 city employees — would reimburse the city for $7.4 million in profits made by Cisterra in its lease-to-own agreement on the 101 Ash property, while allowing the company to retain its $6.2 million in profits from a similar deal with Civic Center Plaza.

In the deal, CGA will waive the $11.7 million “performance sustainment fee.” These fees are a kind of prepayment charge that borrowers pay to lenders to compensate for the loss of interest resulting from the prepayment of a loan or the calling of a bond.

The San Diego City Council will discuss and vote on the proposed settlement next Monday.

“Because there was no possibility of an ideal outcome to this civic debacle, our goal was to reach a legal and fair settlement that limits the city’s liability and is in the best interests of ratepayers, which is this proposed settlement,” Gloria said. .

Gloria and Jay Goldstone, the city’s chief operating officer, said while some would like to pursue the lawsuits against Cisterra and CGA “all the way,” the gamble of paying millions of dollars in the 5-10 next few years as the case and its appeals make their way through the courts – with the potential of losing and indicting millions more – was not acceptable.

“I continue to feel cheated by the information provided to use at this time,” Gloria said, referring to her time on the board in 2016 when the deal was approved. “At the end of the day, I don’t believe [further litigation with Cisterra] is in the interest of taxpayers. »

In addition, under the proposed settlement, the city will be responsible for all cleanup costs to make the building habitable.

When employees began moving into the 101 Ash building, it was found that the property proved unsafe for human occupancy due to asbestos. Initially, city staff under Mayor Kevin Faulconer’s administration presented the building as needing $5 million in repairs and upgrades. The bill has already topped $26 million by 2020, and an independent review after the deal was signed estimates that $115 million more will be needed, which is $136 million more than the staff presented to the board. .

The city will be entitled to any third-party insurance or reimbursement related to the botched remediation of 101 Ash and “will be able to determine the best course of action to get the most out of construction,” a city statement said. .

“The 101 Ash saga was a civic tragedy that should infuriate everyone in San Diegan,” he said. “Liaring millionaires and an incompetent previous administration put our city in a terrible position that cost San Diego years of progress, millions of dollars, and eroded public trust.”

Councilman Chris Cate said it was “time to close this chapter” and give ratepayers the “certainty to put this bad deal behind us”.

“Cisterra and our lender have engaged with the city in confidential mediation discussions with the goal of resolving this complicated matter without the additional uncertainty, expense and delay of ongoing litigation,” said Steve Black, president of Cisterra Development. . “We are pleased to have reached a settlement that opens the door for the city to redevelop the civic core of downtown San Diego.

“The city has been a positive counterpart in these discussions and the resolution announced today is the result of hard work by all parties to find a fair compromise, which we believe has been achieved,” he said. he declares.

Nothing in the settlement would prevent the city and district attorneys from pursuing criminal charges against Jason Hughes — the volunteer who facilitated the sale while pocketing nearly $9.5 million — his realtor Hughes Marino and other contractors.

The city attorney’s office alleges in its ongoing litigation that Hughes held himself out as a “special property services volunteer” who negotiated construction contracts on behalf of the city for free “out of a sense of civic duty.”

The city says it has learned $4.4 million Hughes was paid by Cisterra as part of the 101 Ash Street transaction in its litigation over the lease-to-own agreement for the downtown skyscraper. town, which was evacuated due to asbestos violations soon after. were moved into the building. The skyscraper remains vacant, and questions and accusations abound among elected officials and the general public about how the deal unfolded amid apparent structural issues.

Hughes also reportedly received an undisclosed sum of approximately $5 million from Cisterra for brokering the deal with Civic Center Plaza.

“Law enforcement can — and should — continue to investigate anyone who may be held criminally responsible in connection with this transaction and its consequences,” Gloria said. “What this colony does is put the needs of the city and its people first.”

Faulconer, responding to an audit in 2020 that found San Diego had failed to follow best practices and exercise due diligence before buying and leasing buildings since 2015, pushed back against the claims.

“Protecting taxpayers’ money should always be a priority for city officials,” he told the City News Service. “Having fought to establish the Office of the Municipal Auditor, I am a strong supporter of increased oversight, and it is clear that these issues require additional independent review, as recommended by the Auditor.

“All real estate transactions in question were reviewed by all branches of city government prior to enactment and adoption of these recommendations will further ensure accountability and transparency.”

“The political decision would be to push this off to the next administration,” he said. “We’re here because people put their personal needs ahead of other people’s. We won’t do that.”

Increase in ASML’s profits in the second quarter; But lowers fiscal year…