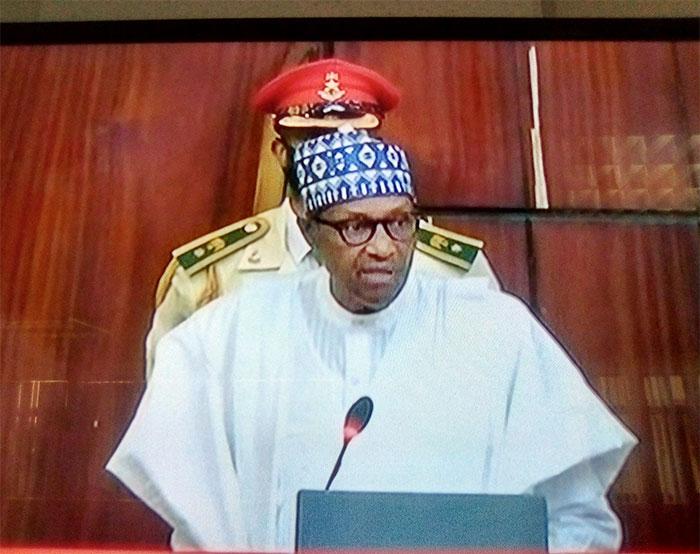 If you don’t know where you are going, you will end up somewhere else.

The Nigerian economy is currently run by a leader who lacks the understanding of what is needed to achieve sustainable economic development. Despite all the attempts to deceive Nigerians over big phantom achievements, the results of the past six years conclusively prove that the country is backing down.

Yet on October 1, 2021, President Muhammadu Buhari’s speech to the world is full of questionable claims.

More pathetic, however, is what the future holds for Nigeria after Buhari leaves in less than twenty months. By then, with so much damage to the economy, it will take at least three more governments to clean up the mess. And, each of them will need divine assistance in addition to sound economic policies; as well as a remarkable implementation.

Four cardinal errors underlie the absolute failure of the federal government: spending more on current consumption at the expense of capital spending; borrow without a plan to recover the loans from the income generated; destruction of agriculture; and underfunding of education.

Corruption is left out for the time being. But no one, including government officials, believes they are fighting corruption. It probably hasn’t occurred to him that spending public funds on treatment abroad without revealing how dishonest it is. He’s totally amoral about it.

Let me now briefly address the four main reasons why economic development is stalled in Nigeria.

â€œRight now in Nigeria, 80% of Nigeria’s income is spent on running the administration. You cannot develop with 20%. Any nation that devotes 80% of its resources to bureaucracy will never progress. – Alhaji Tanko Yakasai, former statesman.

Baba Yakasai is not the first; nor would he be the last to make this observation. Moreover, the Buhari administration is not the first to fall under this axiom of economic development. Even the Jonathan administration, which enjoyed the largest dollar revenues, with Dr Ngozi Okonjo-Iweala as finance minister, was equally to blame. Thus, poor governance in this regard has remained a standard operating procedure. Some of those who were in previous governments still become wise and patriotic after leaving office.

The Buhari administration is exceptional in this case because it is the only one now to contract loans mainly to pay arrears in doctors’ emoluments, to pay university professors and to repay loans. Very little goes into development.

Insane debt without a repayment plan

â€œSo we have to borrow in order to be able to build these projects that will allow us to develop in a sustainable way. ” – Ministry of Finance.

As far as I know, the Nigerian Minister of Finance is not an economist. As a result, his knowledge of development economics falls short. But, she would be well advised to visit Qatar, United Arab Emirates, Singapore and China. It will see cutting-edge development projects – airports, hotels, railways, highways, science centers – built without governments committing loans.

Once the need for these projects is established, governments invariably look to the private sector first to undertake them instead of borrowing as the Buhari administration likes to do. The private sector will ensure that the loans contracted are fully recovered with interest.

The minister was a little frugal with the truth as to why we prefer loans to concessions. A two-time former finance minister summed up the guidelines for countries looking for loans in a recent interview.

Dr Kalu Idika Kalu, KIK, explained the matter this way. â€œWe cannot speak of borrowing in the abstract. It is not the absolute size of the loan that should alarm us, but whether what we are borrowing would afford the means to repay. “

If we use this global test of good borrowing practices in Nigeria, it’s easy to see where the Buhari administration has repeatedly missed the point. Take, for example, the loan to build a road.

Unless toll gates are installed, the road will not repay the loan. This is why the Gowon administration, well advised by the four super-permanent secretaries, placed toll barriers on the first highways. It was Obasanjo, know-it-all, who demolished the toll gates; and we can all see the result of this stupidity on the Lagos-Ota-Abeokuta highway today. When there was a toll, a strict percentage of the revenue was spent on scheduled repairs and maintenance of that road. It would not have become a motive for “war” now. The Buhari administration repeats many mistakes of the past by taking out unnecessary loans.

â€œThere are many currents that lead to social prosperity; but, all come from the same source and that is public education.

Although he has made a lot of speeches and published false reports on educational progress, the real truth is that Nigerian governments, especially this one, have continued to underfund education.

On October 4, 2021, a national newspaper published a report by the United Nations Educational, Scientific and Cultural Organization, UNESCO, on its front page: â€œAgainst the recommendation of UNESCO, Nigeria Budget 3.6 billion naira from 55.3 billion naira for education over six years. â€œThe report went on to point out that Nigeria is far behind Ghana and South Africa in terms of percentage.

This partly explains why the number of Nigerian students seeking university admission in Ghana is increasing. There is no rush of Ghanaians coming to Nigeria. It is entirely possible that despite reports of xenophobia in South Africa, with Nigerians as targets, more than half of Nigerian university students will travel to South Africa if admitted. This should tell us something about our status in Africa.

There is a reason for this. From something I read a few years ago, the children of most of the civil servants in South Africa are in public schools there. It is doubtful that any of the children of Nigeria’s top elected officials – president, governors – either in public or even private schools here. That explains why they don’t care.

â€œBurn your cities and leave your farms; your cities will grow back as if by magic. But, destroy our farms; and grass will grow in the streets of every city. – William Jennings Bryan, 1860-1925.

Something absolutely tragic happened when President Buhari delivered the address to the nation for the celebration of the National Day of October 1, 2021. Certainly people now know that it is impossible to be a politician in the country. Nigeria and to be honest.

But, there are lies and there are lies! No president should make statements that the people know to be false. When Buhari blamed the high food prices on middlemen, he was indirectly protecting the bandits and kidnappers who turned farming into a perilous business. Why is he on the list of sponsors of the bandits and kidnappers who have driven millions of farmers from the land? It is pathetic leadership.